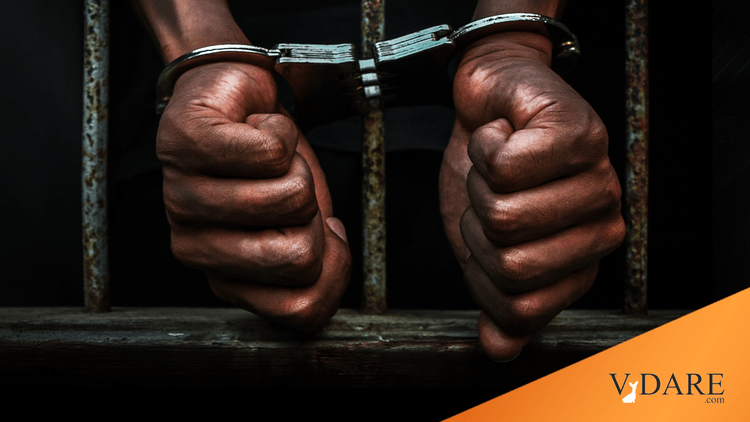 Told You So Department: Race Riot in Prison

Patterico who did a graphic post on the LA Times's naiveté. about interracial violence in prison,(the same thing that Steve Sailer wrote about Sunday) has a "told you so" post today, which points to this story:

Prison is still on lockdown after race riot:

The state prison in Tehachapi remained on lockdown Friday after violent race riot broke out among hundreds of inmates, leaving three of them injured.

In all, 480 inmates went after one another in the common yard at 6:10 p.m. Thursday, said Mike Coghlan, a spokesman for the California Correctional Institution in Tehachapi, a medium security facility.

The melee between black and Latino inmates lasted 40 minutes before guards were able to bring it under control using tear gas, pepper spray and nonlethal baton rounds from firearms, Coghlan said.

Oh, violence. Is that what the policy was about? And Patterico adds the following point: "prisoners are not as racially sensitive as the rest of us, and often engage in violence due to race." Yes, of course. That's why they're prisoners, because they can't control their impulsiveness. It always amazes me that the SPLC is going around investigating think tanks, when there are all these criminals out there.