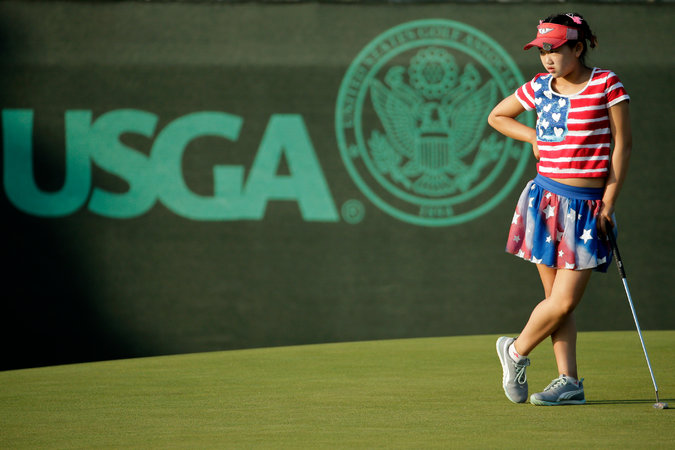 All you need to know about golf in the 21st century is that Lucy Li and Ted Bishop were two of 2014’s biggest newsmakers in the sport. At 11, Li became the youngest player, male or female, to compete in this country’s showcase event and acquitted herself honorably on the same Pinehurst No. 2 course that the week before had chewed up and spit out the likes of the men’s major winners Bubba Watson and Jason Dufner.

The diminutive Li made big girls everywhere proud by competing in that event, the United States Women’s Open. Bishop, the ousted P.G.A. of America president, reminded big girls everywhere of golf’s ingrained sexism. When Bishop chose to disparage one man, the English golfer Ian Poulter, on Twitter by calling him a “little girl,” he effectively demeaned all women, including his own two daughters and granddaughter.

Bishop, who was removed by the P.G.A. board with one month left in his two-year term, may have been childish to engage Poulter, who had written critically of two of the sport’s legendary male players, Tom Watson and Nick Faldo, on social media. But make no mistake: His choice of pejoratives is so common in country club golf’s social circles that it very likely was not a salvo that stirred debate during cocktail hour.

It was telling how many people in the game were slow to react to Bishop’s comments.

And it’s just not a new generation of East Asian child golf-bots: ladies’ golf has long had very, very young prodigies. Li isn’t actually the youngest female to qualify for the U.S. Women’s Open. For example, Beverly Klass turned pro at age ten in 1967 and qualified and played in the Open when she was ten years, seven months.