The attack on Trump today in Dayton. 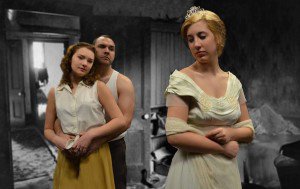 The man arrested for charging at Donald Trump today in Akron, Ohio is amateur actor Tommy DiMassimo, who recently appeared as Stanley Kowalski in a Wright State U. production of A Streetcar Named Desire. His now deleted Twitter account was under the moniker “Marlon Bando.” He had previously played Mr. Darcy in a Wright State mounting of Pride and Prejudice.

DiMassimo has a history of highly theatrical Hate Whitey statements, threats, and gestures like dragging an American flag around. Here’s an archive of his tweets. 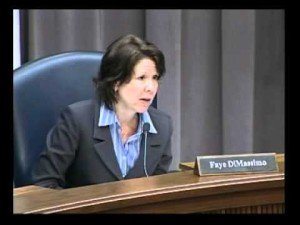 Although Tommy sometimes tries to look black or Arab in his self-promoting provocations, the DiMassimos appear to be white (although that might not be 100% true — I haven’t found a picture of his father.)

Tommy is listed as a white male on his booking statement.

Rupert Pupkin is Robert De Niro’s anti-hero in Martin Scorsese’s 1983 comedy The King of Comedy, which is a sort of follow-up to Taxi Driver in which De Niro played Travis Bickle, who tries to murder a Presidential candidate and then rescues a 13-year-old prostitute played by Jody Foster, which in turn led to John Hinckley Jr. nearly murdering President Reagan to impress Foster. In the latter movie, Rupert Pupkin is a talentless would-be comedian who takes hostage the host of the top late night show, played by Jerry Lewis, and holds him hostage in return for being allowed to do his routine on national television.

There are a lot of flakey and potentially dangerous people out there, so perhaps it would be prudent for the Respectable Media to tone down the Trump Is Hitler rhetoric before something permanent happens, like it did to immigration restrictionist Dutch PM candidate Pim Fortuyn in 2002. But, you know, Fortuyn had it coming.

Here’s Trump’s reaction to the attack