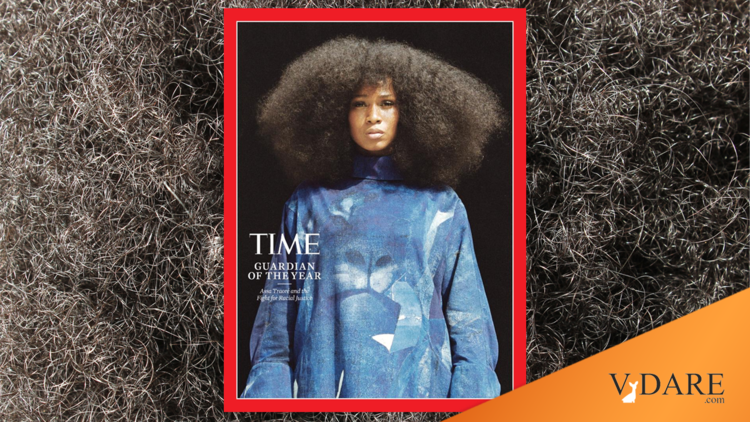 TIME Magazine Names Its Hair of the Year

Assa Traoré and racial-justice organizers are TIME's 2020 Guardians of the Year https://t.co/5OFcHqlzR2 pic.twitter.com/xyidngMWia

Traoré was born in January 1985 to a polygamous family, wherein her father had four wives.[9] She grew up with 17 siblings.[6] Her father, Mara-Siré Traoré, had emigrated from Mali at 17,[10] before marrying his respective wives, and dying of lung cancer in 1999,[11] due to his frequent exposure to asbestos.[12] The family lived in Beaumont-sur-Oise,[13] where Mara-Siré was a construction worker. Traoré once said that although French society is critical of polygamy, she had a very comfortable upbringing.[9]

I bet she did, courtesy of the French taxpayers.

The Biden-Harris ticket represents something historic.

Person of the Year is not just about the year that was, but about where we’re headed #TIMEPOY https://t.co/H4uzUe8Pli pic.twitter.com/YMylCvbkZT

Is the arrowhead pointing from Joe to Kamala tell us something about where we are headed?