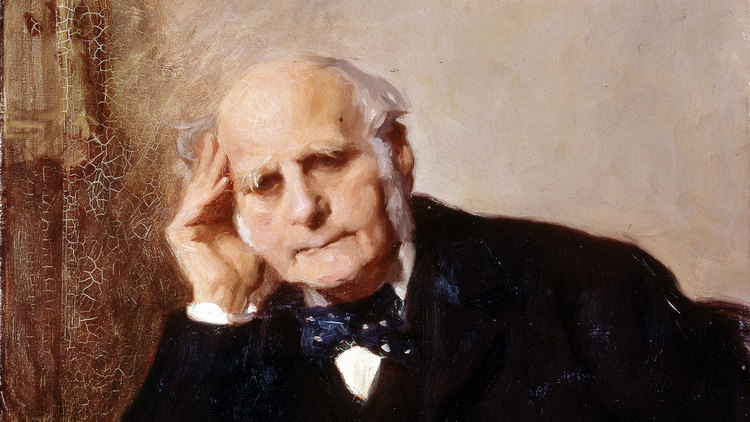 As part of the ongoing canonization of Charles Darwin as the semi-divine saint of secularism, there is a movement to celebrate February 12 each year (the date he was born in 1809) as International Darwin Day in order to stick it to Creationists.

Darwin's half-cousin Francis Galton, who extended Darwin's work in a remarkable variety of ways, including developing key elements of statistical theory, was born 13 years and 4 days later on February 16, 1822.

In reality, neither man was a saint nor a devil. They are far more similar than different, both admirable representatives of Victorian Liberal culture.

So, I'll be raising a toast on Saturday to Sir Francis.