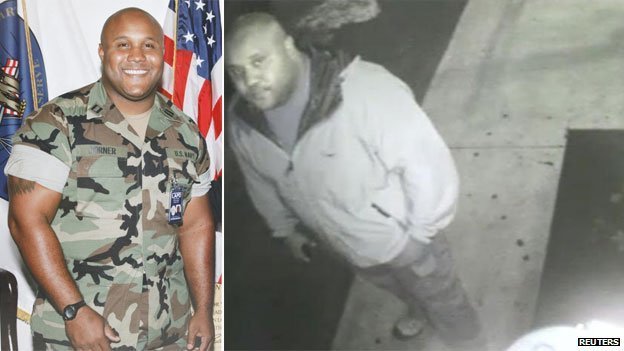 TV right now has shots of a fire in or near a cabin where the cops think Christopher Dorner is holed up.

Reminds me of the March 1974 cop shootout at a house where the Symbionese Liberation Army (who were wanted for kidnapping heiress Patti Hearst) had holed up on a quiet street in L.A.. More than 9,000 shots were exchanged. Eventually, the cops' exploding tear gas canisters burned the whole house down. Pretty spectacular after-school viewing 39 years ago. (Here's a video.)

It was carried live nationwide, which was unusual in those days, which somewhat fits in with my theory from my pre-Dorner article on killers, "Monsters of Egotism," about why some crimes become canonical memories among Baby Boomers and others don't. Before video technology, there were occasional spectacular shootouts and the like, but a lot weren't captured on film. After the media excesses of the Lindbergh's Baby case, a gentleman's agreement among newspaper barons toned down the tabloid coverage, until the coming of advances in TV news technology.