This Day In VDARE.com History, 2015: The New Online Challenge for Blacks—Stomp on the American Flag 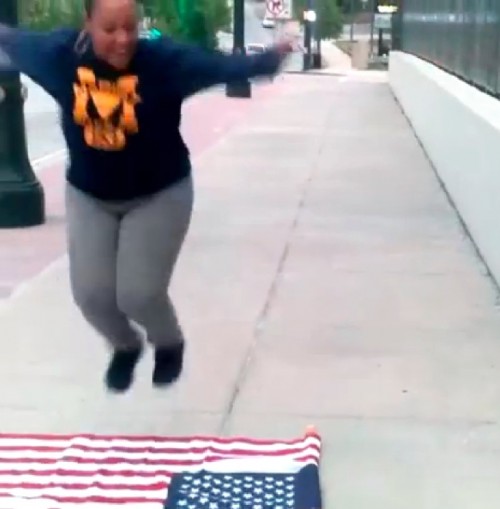 The predictable result of your tax dollars at work

One of the first trends of politics I noticed as a lad was those who receive the most from the government seem the most disloyal.  Thus, the new trend among African-American college students, perhaps the most officially privileged group in one of the most wealthy nations in the entire world, is to film themselves stomping on the American flag. 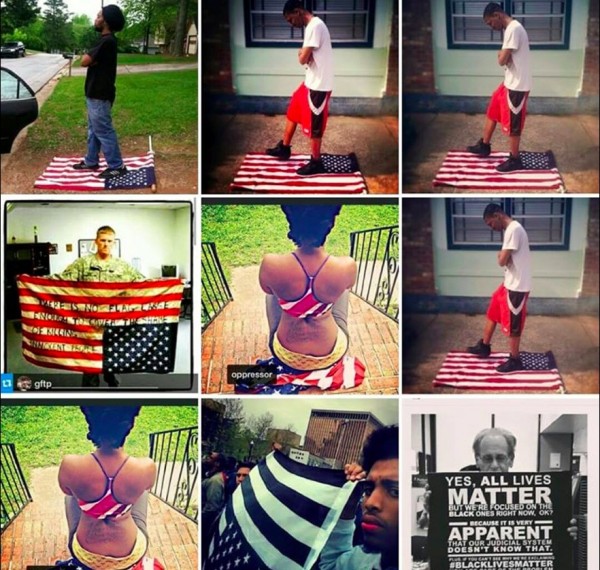 A video of a woman dancing and jumping up and down atop the American flag is gaining online attention — and her actions appear to be part of a larger movement.

“My name is Erica Walker, and I’m about to do the Eric Sheppard Challenge,” she said in the clip, holding up a handwritten sign. “Hands off EJ. F*** yo flag.”

Dressed in a University of Michigan sweatshirt, Walker performed the “Running Man” dance on top of the stars and stripes for a few seconds —

['F**K Yo Flag!': Video of Woman Dancing, Stomping on American Flag Appears to be Part of a Larger Movement, by Dave Urbanski, The Blaze, April 30, 2015]

Anyone else noticing that electing the first African-American President of the United States only led to more lectures about how racist and oppressive we all are?