"They Can't Kill Us All" by Wesley Lowery

They Can’t Kill Us All: Ferguson, Baltimore, and a New Era in America’s Racial Justice Movement

A Bustle “17 Books About Race Every White Person Should Read”

“Electric…so well reported, so plainly told and so evidently the work of a man who has not grown a callus on his heart.”–Dwight Garner, New York Times, “A Top Ten Book of 2016?

“I’d recommend everyone to read this book because it’s not just statistics, it’s not just the information, but it’s the connective tissue that shows the human story behind it.” — Trevor Noah, The Daily Show

A deeply reported book that brings alive the quest for justice in the deaths of Michael Brown, Tamir Rice, and Freddie Gray, offering both unparalleled insight into the reality of police violence in America and an intimate, moving portrait of those working to end it 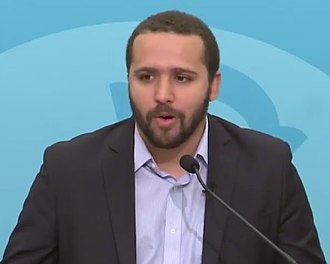 Conducting hundreds of interviews during the course of over one year reporting on the ground, Washington Post writer Wesley Lowery [pictured right] traveled from Ferguson, Missouri, to Cleveland, Ohio; Charleston, South Carolina; and Baltimore, Maryland; and then back to Ferguson to uncover life inside the most heavily policed, if otherwise neglected, corners of America today.

In an effort to grasp the magnitude of the repose [sic] to Michael Brown’s death and understand the scale of the problem police violence represents, Lowery speaks to Brown’s family and the families of other victims other victims’ families as well as local activists. By posing the question, “What does the loss of any one life mean to the rest of the nation?” Lowery examines the cumulative effect of decades of racially biased policing in segregated neighborhoods with failing schools, crumbling infrastructure and too few jobs.

Studded with moments of joy, and tragedy, They Can’t Kill Us All offers a historically informed look at the standoff between the police and those they are sworn to protect, showing that civil unrest is just one tool of resistance in the broader struggle for justice. As Lowery brings vividly to life, the protests against police killings are also about the black community’s long history on the receiving end of perceived and actual acts of injustice and discrimination. They Can’t Kill Us All grapples with a persistent if also largely unexamined aspect of the otherwise transformative presidency of Barack Obama: the failure to deliver tangible security and opportunity to those Americans most in need of both.

This Wesley Lowery, National Reporter for the Washington Post, won a Pulitzer Prize last year. But he doesn’t seem all that bright.

Speaking of not being able to kill us all, here are recent FBI homicide totals:

So, the last two years of the Obama Administration saw roughly 4,335 extra homicides vs 2014, more than all the blacks lynched in U.S. history. That’s not quite Killing Us All, but it’s a lot of incremental dead bodies in the wake of the American Establishment deciding in 2014 that what was really plaguing Black America was too much law and order.

Please note however that FBI homicide statistics online don’t always agree with each other. For example, one FBI document has 2013 homicides as 14,319, another as 14,196. There are reasons for this, such as people die of wounds in a later year. (Similarly, when Colonel Josiah Lawrence Chamberlain dropped dead about a half century after saving the Union on the first day of Gettysburg, he was officially declared to have died of his war wounds and the Civil War death toll was incremented by one.)