STAR WARS: Not Even Even Trying To Be Entertaining

Okay, apparently there’s a new Star Wars movie out, which I haven’t seen because I haven’t heard anything that sounds like a good reason to go. And the more I hear about it, the less it sounds like it is even trying to be entertaining. From the New York Times: 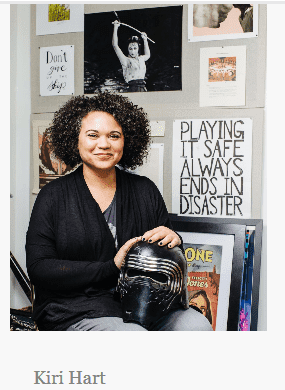 The Women Who Run the ‘Star Wars’ Universe

Kathleen Kennedy founded the group in 2012 when she succeeded George Lucas as president of Lucasfilm, putting Kiri Hart, a former film and TV writer, in charge of the unit. Ms. Hart’s first move was to make the story group entirely female, starting with Rayne Roberts and Carrie Beck.

Isn’t that illegal? The sentence is ambiguous, but it makes it sound like that the sex discrimination was intentional.

Anyway, the strong suit of Lucas & Spielberg-type movies was always boyishness. Presumably, Kathleen Kennedy has learned something about how to produce popular movies in all the years since she got a job as John Milius’s secretary. But maybe she knew all along back in 1975-1981 that Lucas and Spielberg were leaving billion dollar bills on the sidewalk by making their movies boyishly fun. After all, her latest Star Wars movie is making tons of money. I guess that’s what people want.

While writing “The Last Jedi,” the writer-director Rian Johnson moved to San Francisco, spending three months working closely with the story group to develop ideas for the film.

This guy used to be good: Brick.

Ms. Hart credits Mr. Johnson with the decision to introduce diverse characters for “The Last Jedi.” Of the new cast members, several are women, including Rose Tico, played by Kelly Marie Tran, the first Asian-American women to star in the saga.

They used to try to cast actors who, at minimum, weren’t depressing to look at:

For example, Billy Dee Williams and Harrison Ford were cast in The Empire Strikes Back because they at least gave the impression that they would do something interesting real soon now.

But discriminating in favor of the lively-looking was racist. In the Current Year, members of the Depressing-Looking Community have a right to see themselves on screen:

So, in contrast, seeing stills of Tran and Boyega just makes me feel sad all over, and want to wear black clothes and maybe cut myself or get a black rose tattoo on my ankle.

Now, you might think that the main beneficiaries of this thinking would be Tran, Boyega, and their respective agents. But you are wrong. You see, the more Tran and Boyega are on screen, the better will be the lives of other depressing-looking individuals. It’s simple logic.

Hopefully, Disney will be bringing back this guy: