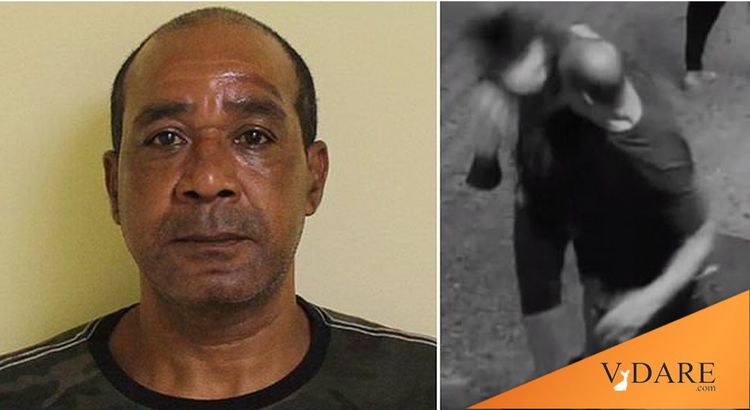 Ludicrous, lying “experts” now retail racial fairy tales, such as that there is “no such thing as a dangerous neighborhood.”

Bloomberg’s City Lab is in the rotation at pocket.com, a division of Firefox. Every time you open a tab at Firefox, you get a page full of moron fodder and some advertisements such as There’s No Such Thing as a Dangerous Neighborhood, by Stephen Lurie, City Lab, February 25, 2019.

I’m reminded of Stephen Lurie’s “thing” by…every crime story I read, and even some non-crime stories, like Jason Curtis Anderson’s tweet below.

Homeless man with severe mental illness hovering over you while you eat: Free pic.twitter.com/1SAjkY0s4U

Stephen Lurie cites a bunch of fakestats in defense of his indefensible position. Many of my readers and contributors read as many Lurie-like “things” per day as I do. Sometimes I have to clean up their outraged language in response, and sometimes google/blogger/youtube’s censors even block me.

Among current outrages, some victims and their loved ones have learned the hard way that visiting a sit-down, non-fast-food restaurant or a national park can be a deadly (or near-death) experience.

Jesus Cortes, 52, ate dinner at Fuego Tipico Restaurant on 188th Street in Fordham Heights, in the Bronx, without incident (indoors, that is), paid, and left, circa 10:30 p.m on August 12th. Unbeknownst to Cortes, as he got up to leave, a neighboring diner, Bui Van Phu, 55, was seen putting on a pair of gloves, and interrupted his dinner to leave. In front of the restaurant, on clear video and in front of many witnesses, Phu snuck up behind the oblivious Cortes, and sucker punched him in the back or side of the head. Phu then went back inside and finished his meal.

Cortes fell to the ground, and lay there, unconscious. Phu left Cortes with a fractured skull, concussion, and bleeding on the brain; Cortes has been in the ICU in a medically induced coma ever since. There is no guarantee he’ll ever wake up.

I suspect that Phu donned special gloves with an insert (probably “sap gloves”).

It was clearly attempted murder. Had Phu sucker punched Cortes in the same spot, without the gloves, he would likely have broken his hand.

Phu was convicted for attempted robbery in 1991 and is a registered sex offender - who was out on parole after being convicted of raping a 17-year-old girl at gunpoint on December 24, 1994. He was released from prison in March 2019.

[EXCLUSIVE: NYC thug, 55, who put on gloves to knock out diner in unprovoked attack is FREED after being arrested for attempted murder as DA charges him with misdemeanor: Left victim in a coma with fractured skull three years after leaving prison for rape, by Ty Roush, Daily Mail, August 18, 2022]

NYC man, 55, is arrested for attempted murder after following diner out of restaurant, putting on a pair of gloves and knocking him out cold in UNPROVOKED assault - causing a skull fracture and brain bleed - before returning to finish his meal https://t.co/NHu9Fj6KUu

Notwithstanding Phu’s life as a career criminal—just imagine what must be sealed in his juvie file!—the NYPD announced that he had been arrested under suspicion of attempted murder.

His name was immediately recognizable as Vietnamese (as kids, Americans my age heard Vietnamese names every night during war news). Checking on it, I came up with that it is a name often found in Vietnam of Chinese ethnics (I could have sworn I’d also read the reverse). However, I named my first blog item, “Hmore Hmong Troubles? Black Supremacist Bronx DA, Darcel Clark, Issues Free Attempted Murder to Career Criminal with Vietnamese Name,” because Phu had a profile so violent that it reminded me of Hmong criminals from Vietnam. 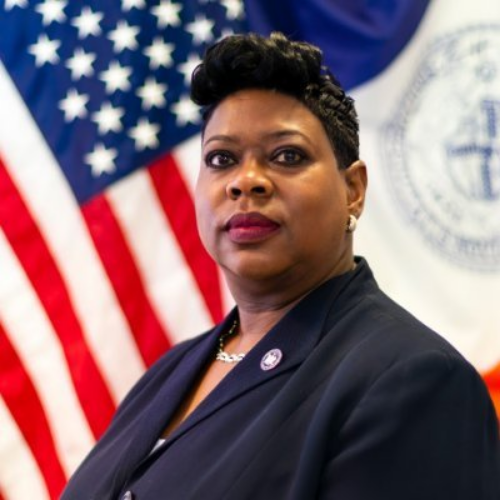 Phu will not do any time on such piddling charges. Either DA Clark will throw them out, or he’ll be “sentenced” to, at most, spending a day or two cleaning a city park, and get an “ACD,” an ajudication in contemplation of dismissal, which will be thrown out in six months. (It used to be that under an ACD you had to avoid getting arrested for six months, but as a colored criminal in New York City under the present dispensation, no such rules apply to Bui Van Phu.)

Some of you will have heard of Bronx DA Darcel Clark before. She’s an advocate of colored cutthroats, who wages terror on whites, especially white cops.

This Phu case isn’t due to the so-called “bail reform law,” which some people are blaming. Clark ignored the fact that Phu is on lifetime parole, and thus was guilty of violating parole.

DA Clark engaged in a malicious prosecution for murder against white NYPD cop Sgt. Hugh Barry, based on a 2016 refusal-to-die incident. A black “EDP” (emotionally disturbed person) named Deborah Danner had tried to murder Sgt. Barry in her apartment with a baseball bat. He shot her dead.

Almost immediately, Daily News reporters found and published the page from the NYPD Police Academy’s training book which said that the proper response to said conduct was to shoot to kill. 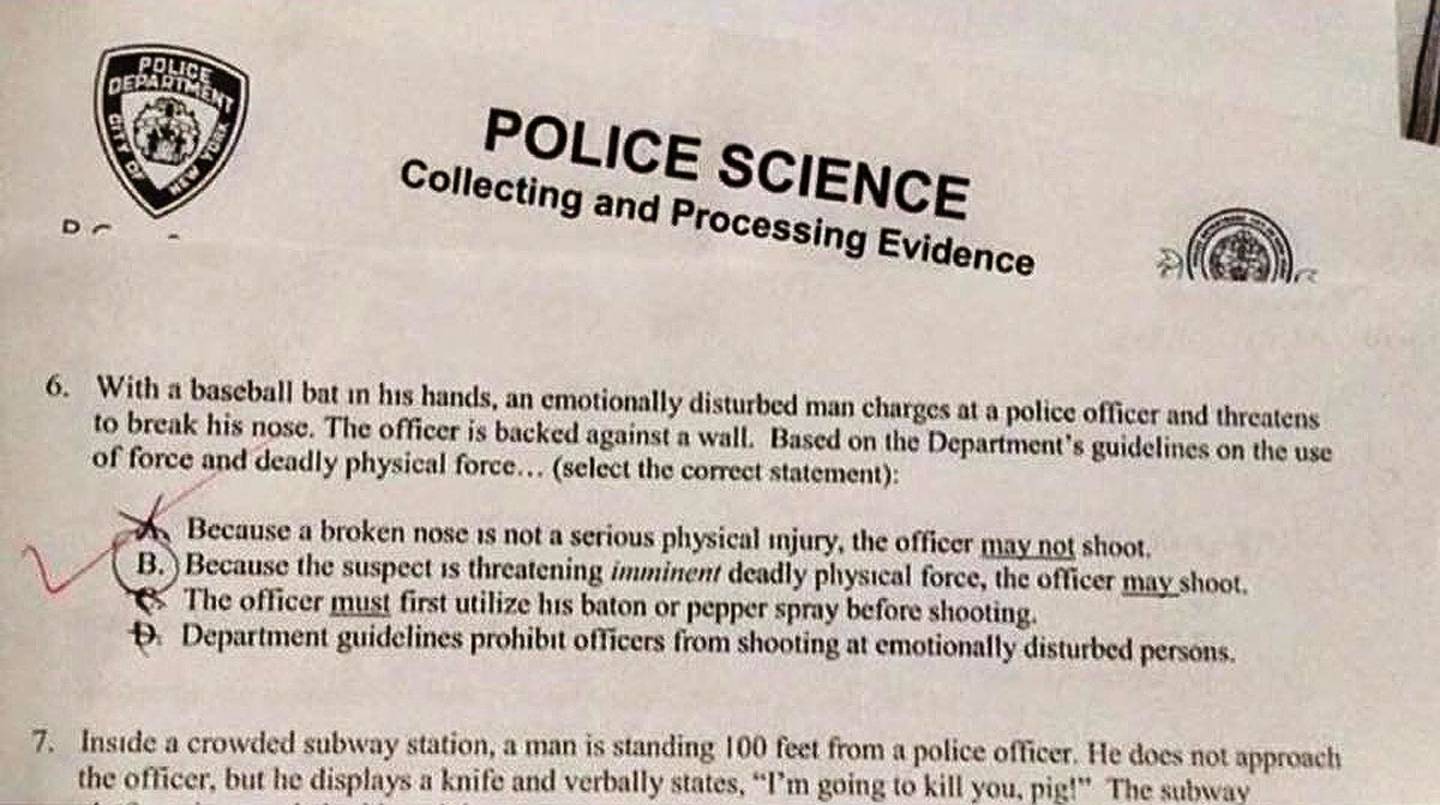 DA Clark, Police Commissioner James O’Neill, and Mayor de Blasio all ignored the book, and instead sought to railroad Sgt. Barry, who was acquitted at trial. They then sought to keep him from returning to work, and he has been suing for his job.

As far as the Darcel Clarks and Bill de Blasios of the world are concerned, blacks have a license to kill, while white cops have a duty to die. (O’Neill is just a cowardly opportunist.)