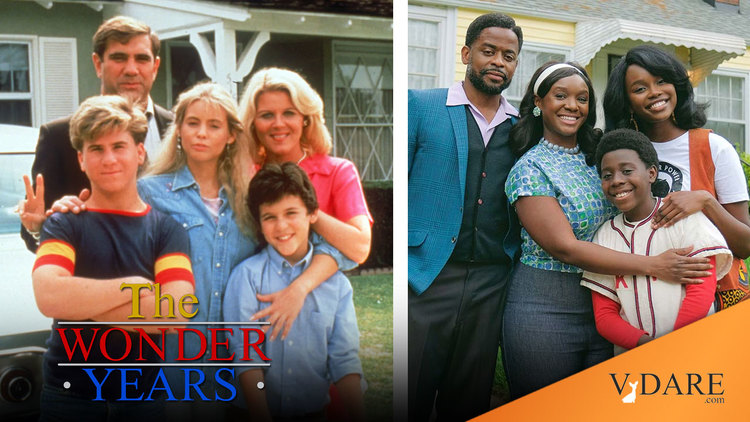 "The Wonder Years", But Black: Diversity As Cover For The Creativity Crisis

The push for diversity comes at a moment when Hollywood creativity is at a low. Almost all original ideas are considered too much of a creative risk, especially in film

So maybe one of the reasons Hollywood accepts all these diversity mandates is that this will open up a new market: remaking or remixing almost every hit movie to correct the lack there of racial diversity in the original

Disney already prints money making live action remakes of almost every one of their animated films.

The next logical step is for them to remake even somewhat recent hits but in a new kind of Technicolor — BIPOColor.

It’s not creative bankruptcy — it’s a morally much-needed diversity remastering of a film.

The “racial reckoning” provided a self-righteous cover for a black “Pretty in Pink,” “Black to the Future,” etc.

Otto Preminger filmed a black version, Carmen Jones, of Bizet’s opera Carmen in 1954. Carmen combines greatness with broad accessibility to an extraordinary degree, so it’s good to make new versions of it rather than demand new operas, since the Opera Composition Era has more or less passed. The Wonder Years was not Carmen, but it was a nice show. But since unlike the arias in Carmen, most of the jokes will have to be new (right?), why not just call it something different?

I guess it’s the immense brand name equity of American popular culture properties from the 20th century. As more people from all over the world pour into America, they want shows about growing up in the wonderful America that existed before they got here.