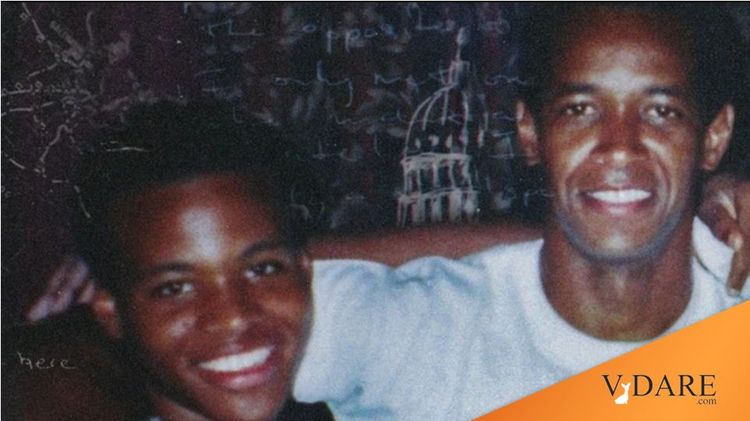 Earlier (2002) by Peter Brimelow: The Washington Snipers: A Revolutionary Wind Is Blowing

Twenty years ago, two gay blacks went on a shooting spree that killed 17 people and wounded 10 more in the Washington D.C. area.

The Washington Post runs a long retrospective article about the shooters, but leaves out the part most relevant to today, when the prestige press is obsessed with the white supremacist terrorism menace: Law enforcement racially profiled the suspect as a white man or white men with military background and went on a wild goose chase for a white man in a white van, long ignoring the mounting evidence of black men in a blue sedan.

In contrast to the Washington Post’s article, from the Australian Broadcasting Corporation:

Authorities had started to form a profile of the serial killer they believed they were chasing: A white man in his 20s or 30s with a military background who worked either alone or with an accomplice.

A confused witness at a shooting told police he’d spotted a suspicious white van, leading detectives to ignore the growing chorus of concern about a strange blue sedan so frequently seen lurking at the murder scenes.

“We were looking for a white van with white people, and we ended up with a blue car with black people,” Police chief Moose would later admit.

In defense of the lawmen who botched up this case, it did violate Sailer’s Law of Mass Shootings (although technically more of a slow rampage shooting or fast serial killing) with 17 dead and 10 wounded.