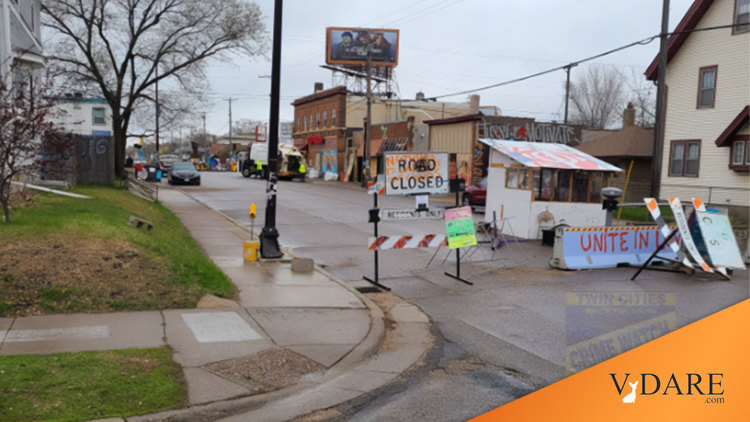 About 2a.m., there was a domestic incident in a residence on the corner of 38th/Elliot (pictured). A female was pushed out a window & cut everywhere. She was asked to meet responders a block away from the #NoGoZone.
Our "leaders" said this hostage situation would end. It hasn't. pic.twitter.com/AqnjfJenVK

I can’t begin to make sense of what this tweet from Minneapolis is describing. There’s some sort of barricaded No Go zone in Minneapolis in which the victims of the post-apocalyptic endemic violence have to drag themselves out of to be picked up by an ambulance?

Remember when Minneapolis was the most boringly sensible big city in America?

Back in 2005, I found a database by a company that calculates local costs of living for corporations moving employees around the country. There are many cost-of-living databases, but most use rent. This one was aimed at manager-level employees so it included the cost of buying a house. I then compared the cost of living by state to the median income for a family of four to estimate the standard of living.

Minnesota had, by this measure, the highest standard of living in the U.S., while Hawaii had the lowest and California the next lowest. Obviously, this standard of living measure doesn’t include the climate. People will pay a lot to live in Hawaii or California, while Minnesota had low land prices relative to its prosperity because there is so much flat, habitable land and because it’s so cold.

But it also got me thinking about a side effect of housing costs. One advantage of California’s exorbitant land prices is that they slowly drive out the more troublesome sorts of blacks. In contrast, Minneapolis was cheap enough for George Floyd to move there from even his native Houston, which is famous for its cheap housing.