The Trump Administration Vs. The War On Christmas In Missouri

In a letter to residents at Grandview Estates Apartments, a manager suggested that any holiday decorations outside any apartment would violate federal law. The Christian nonprofit Liberty Counsel sent the management company a letter explaining that Christmas decorations do not violate any federal law, and Liberty Counsel also notified HUD.

"Can we decorate for Holidays? We are welcome to decorate inside your home, but nothing outside. This has to do with the Government's Fair Housing rules," the building manager wrote in a letter to residents on November 12. "Everyone in the complex is funded in part by Government funds, so we are required to follow their rules." The letter said the ban would apply to holiday wreaths, but there was a special dispensation for a "Holiday Wreath contest."

Management later warned residents that "any violations [of this rule] twice in six months will result in the termination of your lease." [Emphases added.]

The "Fair Housing" rules frequently affect freedom of speech—if you protest new halfway-houses in your neighborhood, you can be investigated by the Feds—but here it's actually the other way round, as Liberty Counsel, old hands at the War On Christmas, pointed out:

There is no HUD policy preventing holiday displays, however. In fact, Liberty Counsel directed MACO Management to a HUD policy supporting Christmas decorations and warned the company against discrimination against religious residents.

"In addition, under the Fair Housing Act, MACO is forbidden from discriminating against residents at this facility on the basis of religion," the letter continued. "Religious free exercise includes the display of holiday decorations. Christmas is a nationally recognized holiday. To ban religious decorations or celebrations in a federally subsidized or managed residential facility violates the Fair Housing Act and other federal laws." Trump Admin Investigating Ban on Religious Christmas Displays at Missouri Senior Home, by Tyler O'Neil, PJMedia, December 24, 2019

This reminds of what happened in Perkins, Oklahoma in 2010, when bank examiners, visiting the local Payne County Bank, told them they couldn't have Christmas decorations, crosses, or wear buttons wishing people a Merry Christmas, under what is called the "discouragement clause" of Regulation B, which said

“...the use of words, symbols, models and other forms of communication ... express, imply or suggest a discriminatory preference or policy of exclusion. “ ..."[Feds Force Okla. Bank To Remove Crosses, Bible Verse,KOCO Oklahoma City, December 17, 2010]

It's all a part of what I called the "Lunch Counter Law", which involves the Federal Government in anything that might possibly be called "discrimination". The bank got a lot of publicity and support from Republican lawmakers, and bank examiners backed right off.

This is the image displayed on the Payne County Bank's Facebook page, December 25, 2019, a post that just says "Merry Christmas". 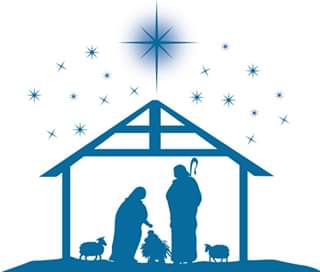