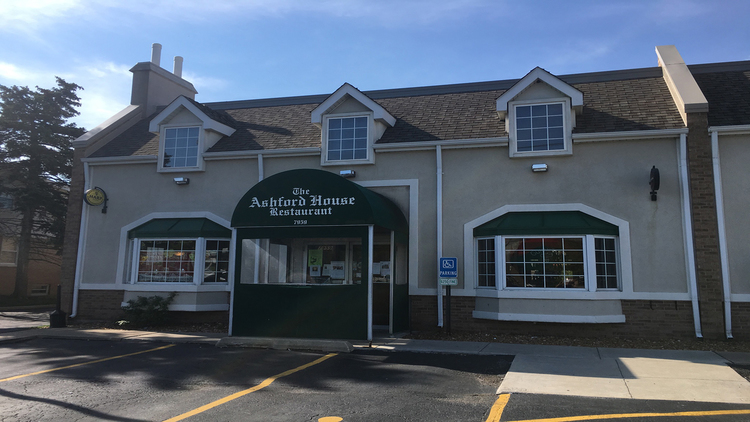 The Stormtroops of Tinley Park

Instapundit's initial report on events in Tinley Park, Illinois stopped at this:

SOMEBODY SHOULD’VE SHOT THEM:

Suspects wielding hammers and batons attack diners at Tinley Park restaurant.It was the middle of the lunch rush Saturday, and Mike Winston was working in the kitchen of his Tinley Park restaurant, the Ashford House, when a waitress screamed a fight had broken out in the dining room. Police call the melee at the restaurant a targeted assault by a mob that Winston said wielded metal batons and hammers. Ten diners were hurt in the attack, and three of those were hospitalized. Tinley Park police had five suspected assailants in custody, and Winston said 18 young men, all wearing hooded jackets and obscuring their faces with scarves and other coverings, stormed into the restaurant.

Seriously, people like this should expect to be shot. And in a civilized polity — which Chicagoland isn’t — they would have been.

By saying that Chicagoland is not a "civilized polity", Glenn Reynolds does not mean that it's part of what Paul Kersey calls "Black Ruled America", he means that the citizens of metropolitan Illinois are subject to savage and unconstitutional gun controls. Of course, gun rights are unpopular in "Black Ruled America".

My first question, not answered by the original news story linked above, or by Professor Reynolds, is  what color are the hoodie-wearing attackers and disarmed victims? Oddly enough, both are white.

A bizarre event occurred yesterday afternoon in the Chicago suburb of Tinley Park. As reported by the Chicago Sun-Times, a gang of 18 men wearing hooded jackets with scarves covering their faces invaded the Ashford House restaurant and assaulted a particular group of about 20 patrons with metal batons and hammers. Reading the story, which says nothing about race, you would assume from their hoodies that the invaders were black. But that’s not the case. As reported further by Fox News in Chicago, the attackers were not blacks but a group of self-described “anti-racists” and “anti-fascists” called the Anti-Racist Action Group, all of them white, and the victims were white nationalists associated with neo-Nazi website Stormfront.

This could be a one-off incident, or it could be a signal event in modern American history. These leftist storm troopers are starting by attacking a group for whom few will have sympathy—neo-Nazis of the Stormfront variety. But why should they stop there? Their next logical target would be a meeting of American Renaissance readers, then a meeting of VFR readers, then anyone who has non-liberal views on race, or, indeed, anyone who the left believes has non-liberal views on race. Remember: many liberals say that the real reason Republicans and tea partiers oppose the stimulus and Obamacare is that Obama is black. Thus, in the mind of the left, all conservatives are racists, and thus, and in the mind of the group that carried out the attack yesterday, all conservatives are legitimate targets of anti-racist, storm-trooper violence.

Remember, the targets of this kind of violence are not only Nazis, but immigration restrictionist groups, no matter how mild and appeasing, and any conservative Republican, no matter how neo- his conservatism may be. For example, an event featuring Rich Lowry is as likely to be attacked as an event  featuring Tom Tancredo, (who Lowry attacked in NRO ) or John Derbyshire, who Lowry recently fired.

Instapundit puts in an update:

ANOTHER UPDATE: Steven Den Beste forwards this story claiming that those beaten were white supremacists: “A law enforcement source Sunday said the group beaten at a Tinley Park restaurant Saturday was made up of white supremacists, and those who assaulted them were protesters attacking their beliefs.”
Not clear how they know that, but, well . . . They told me if I voted Republican people would be beaten by hooded thugs for their beliefs — and they were right! I mean, I hate Illinois Nazis too, but I wouldn’t beat ‘em just for their beliefs.

The "I hate Illinois Nazis" is a Blues Brothers reference that Professor Reynolds has used before. It's inappropriate to use it in reference to an attack where unarmed "Illinois Nazis" are set upon by thugs armed with iron bars while they're trying to have dinner, but whatever. The other point, that the forces associated with Obama are much more fascistic in practice than John McCain could have managed, is extremely valid. And at least Reynolds hasn't backed off from asserting that the "Nazis" had the right to self-defence.