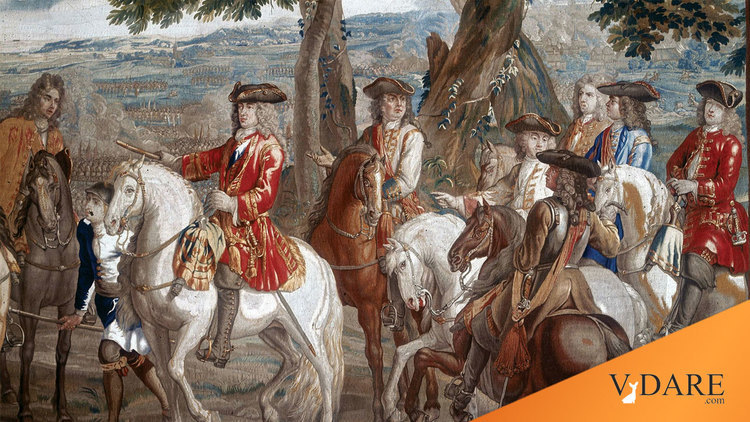 From an interview with economic historian Gregory P. Clark promoting his new book The Son Also Rises, which is mostly about how surnames don't rise or fall but they remain fairly stable in class over the generations.

Q. So what's driving this? Why is social status so sticky?

A. This is intellectually the most intriguing part of the story, and it's one that's hard to make a lot of progress on.  It is clear that families are very powerful determinants of children’s outcomes. But what do parents transmit to their children? Is it mainly some type of culture? Or is it mainly genetics?

The data does not exist to provide any conclusive answer to this question. But even if this is cultural transmission, it looks in all respects just the same as biological inheritance. The book performs a series of tests to see if biological transmission can be ruled out as the important link, and the empirical patterns never rule this out.

One factor is that high status surnames can recruit new female talent. For example, John Churchill, the first duke of Buckingham, enjoyed a spectacular career as a politician-adventurer, eventually winning the crucial battle of his generation over the French at Blenheim. He was made the first Duke of Marlborough and given a palace and then ... not much happened talentwise for five or six generations of Churchills. But then the dull 6th or 7th Duke of Marlborough married a woman of energy and ambition, and their son Randolph landed an American heiress, Jennie Jerome, who was a tigress, and, voila, Winston Churchill.

Or consider George P. Bush, the half-Mexican son of Jeb. He's kind of a doofus, so he probably married a doofette, right? I did a little a research on the latest Mr. Bush, and doofette she's not. George P. Bush still sounds implausible as President, but not so implausible once I realized that Amanda Bush sounds like she'd be a dynamic, power-behind-the-throne First Lady.

For example, if biological transmission is the most important, then elite groups will never be the product of the adoption of particular cultural traits. Instead they will always represent a selection from the upper end of abilities of a parent population. Modern Jews will not be elite because of the social and religious mores of Judaism, but because they are a selection based on ability from a larger parent Jewish population.

For all such elite groups we observe, they do indeed turn out to be a selection from a larger population. Egyptian Copts are such a social elite, for example, but they represent the descendants of the Copts rich enough at the time of the Arabian conquest to be able to afford the head tax levied on all who did not convert to Islam.

A recent book, "The Triple Package"  [by Amy Chua and Jed Rubenfeld], argues the extreme opposite of biology in explaining social status, with the claim that successful cultural groups in the U.S. have three key features leading to success, one being impulse control.

But what is remarkable is how disparate the culturally successful groups they identify are – Jews, Chinese, Indians, Mormons, Iranians, Lebanese, Nigerians, Cubans. And it is demonstrable that most of the successful groups identified here were elites selected from the parent populations as a combined result of politics at home and immigration policy in the U.S.

By the way, I found where I got the idea that Mrs. Thatcher was seen in Britain as having a downscale surname. I'm rereading The Third World War: August 1985, a 1979 sci-fi war novel by a half dozen British generals and Economist editors. The conservative Republican president of the U.S. who defeats Walter Mondale in the 1984 election is "Governor Thompson." The Tory prime minister of the UK in 1985 in this alternate future is "Mrs. Plumber."