The "Scramble for Africa" was the invasion, occupation, division, colonization and annexation of African territory by European powers during the period of New Imperialism, between 1881 and 1914. It is also called the Partition of Africa and the Conquest of Africa. In 1870, only 10 percent of Africa was under European control; by 1914 it had increased to 90 percent of the continent, with only Ethiopia (Abyssinia), the Dervish state (Present day Somalia) and Liberia still being independent.

Today, with the population of Africa estimated by the U.N. to grow from 500 million in 1990 to 4 billion in 2100, we are witnessing the Scramble from Africa and the Middle East.

Inevitably, this is turning into the Scramble for America and Europe.

Žižek’s and Ahmadinejad’s comments are further evidence of a world-wide neo-colonialist “Scramble for America.” Just as Africa was once considered good for the taking, in light of the failure of post-colonial non-white societies to make good (with a few Asian exceptions), there is now a mad rush by the rest-of-the-world towards America (and Europe).

One way to look at Globalization is as an updated version of the post WW1 Versailles Treaty which imposed reparations on a defeated Germany for all the harm they caused during the Great War. The Globalized Versailles Treaty is aimed at the American (and European) working classes for the crimes of colonialism, racism, slavery and any other bad things the 1st world has done to the 3rd in the past.

Of course during colonialism the costs were socialized within colonizing states and so it was the people of the colonial power who paid those costs that weren’t borne by the colonial subjects themselves, who of course paid dearly, and it was the oligarchic class that privatized the colonial profits. 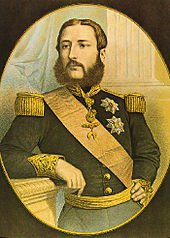 For example, consider the infamous Heart of Darkness-exploitation of the Congo Free State by King Leopold II of Belgium that shocked even Joseph Conrad.

But the 1st world oligarchs and their urban bourgeoisie are in strong agreement that the current deplorable working classes are to blame for systems that hurt their working class ancestors but powerfully enriched the wealthy of that time!

And so with the recent rebellions against Globalization, the 1st and 3rd world oligarchs are convinced these are nothing more than the 1st world working classes attempting to shirk their historic guilt debt by refusing to respect the Zeroth Amendment to pay the rightful reparations in terms of standard of living that workers deserve to pay for the crimes committed in the past by their wealthy co-nationals.