The "Scottsboro Boys" Weren't Guilty—But Most "Innocence" Cases Were

One day, we’ll find out the Scottsboro Boys were guilty

But just in case that happens, they’re putting a new bunch in place!

She's linking to a story about the 1948  "Groveland Four" who, like the famous "Scottsboro Boys" in 1931, were a group of blacks convicted of raping a white woman.  Kathy quotes this part: 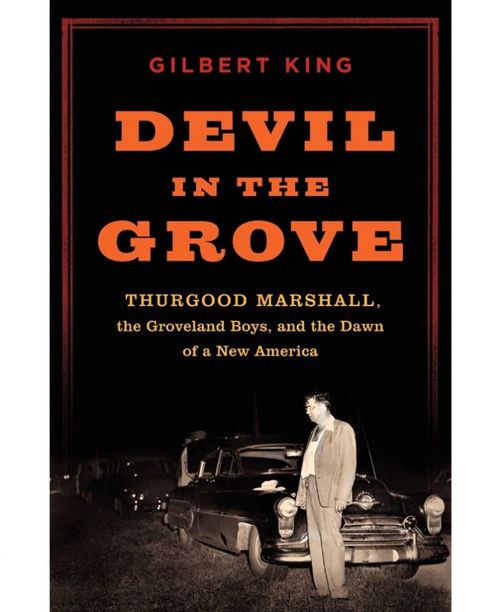 Many believe the Groveland Boys were innocent, and today, city and county governments, the Florida Senate and concerned citizens are pushing for the state to apologize, exonerate and pardon the four.

In light of that effort, Gilbert King — author of the Pulitzer-Prize-winning Devil in the Grove: Thurgood Marshall, the Groveland Boys, and the Dawn of a New America, which is being made into a movie — spoke to TIME about why the Groveland Boys case still matters today. (…)

What really makes this case stand out is it’s kind of like a To Kill a Mockingbird-type case or a Scottsboro Boys-type case, where you have these really explosive allegations, and then the dynamic in the community just gets a little out of control, seeking vengeance. So there’s a near lynching and then really a travesty of justice that follows, and ultimately, the Supreme Court overturned these verdicts. And then you had a sheriff in this Lake County that sort of took it upon himself to be the judge and jury.

There's a new trend for finding people posthumously innocent—they're usually exonerated on the basis of having been convicted by "an all-white jury." As it happens, the Scottsboro Boys were apparently not guilty of forcible rape  (and were eventually freed) and for all I know,  the Groveland Four could have been not guilty.

The reason Kathy can't help thinking the Scottsboro Boys will turn out to be guilty is that so many people promoted by the Left as innocent turned out not to be.  Just off the top of my head:

All these people have been promoted as innocent for years, but they are all guilty. The fact that someone was convicted by an all-white jury in the Jim Crow South doesn't mean he was innocent—there was lots of real black crime in those days.

The fact that the NAACP defended a case doesn't mean anything—the NAACP defends the most horrible murderers and rapists. (See Troy Davis, Lawrence Brewer, Wyatt Matthews And The Disparate Death Penalty.) Sometimes the only way you can tell  that a murder was committed by a black person in press or historical reports is that the NAACP shows up to defend them.

Real life is neither To Kill A Mockingbird, or a detective novel in which the murderer is the most unlikely person, and many miscarriages of justice are not wrongful convictions but wrongful acquittals, where someone gets away with murder.

So we may not find the Scottsboro Boys guilty anytime soon,  but almost all other convicted criminals are—even if the NAACP doesn't like it.