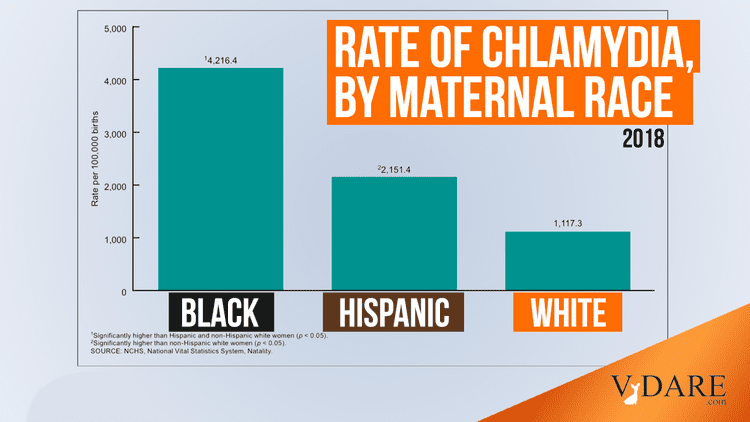 The OTHER Underreported Black Lives Matter Problem: STIs In Pregnancy

Blacks are being killed disproportionately by other blacks. The data is abundant. Blacks are also giving each other Sexually Transmitted Infections (STIs) at disproportionate rates. The facts are abundant and all available from the Centers for Disease Control.

According to the Centers for Disease Control, the cases of chlamydia, gonorrhea and syphilis are on the rise. A special area of concern is the increase in STIs among pregnant women.

The National Center for Health Statistics, a division of the CDC, released a report in March on recent trends reported among women giving birth from 2016 to 2018. This study includes data from all birth certificates registered in the United States during the three year period.

The report states that STIs during pregnancy can increase mother and child deaths, transmit the diseases to the infant, cause mental and physical developmental disabilities and more. Birth certificates include an item "infections present and/or treated during pregnancy." Nevertheless, the CDC believes there is under reporting of STIs and the issue is discussed in the report released in March [Trends and Characteristics of Sexually Transmitted Infections During Pregnancy: United States, 2016–2018 by Elizabeth C.W. Gregory, M.P.H., and Danielle M. Ely, Ph.D., Division of Vital Statistics, March 26, 2020]. 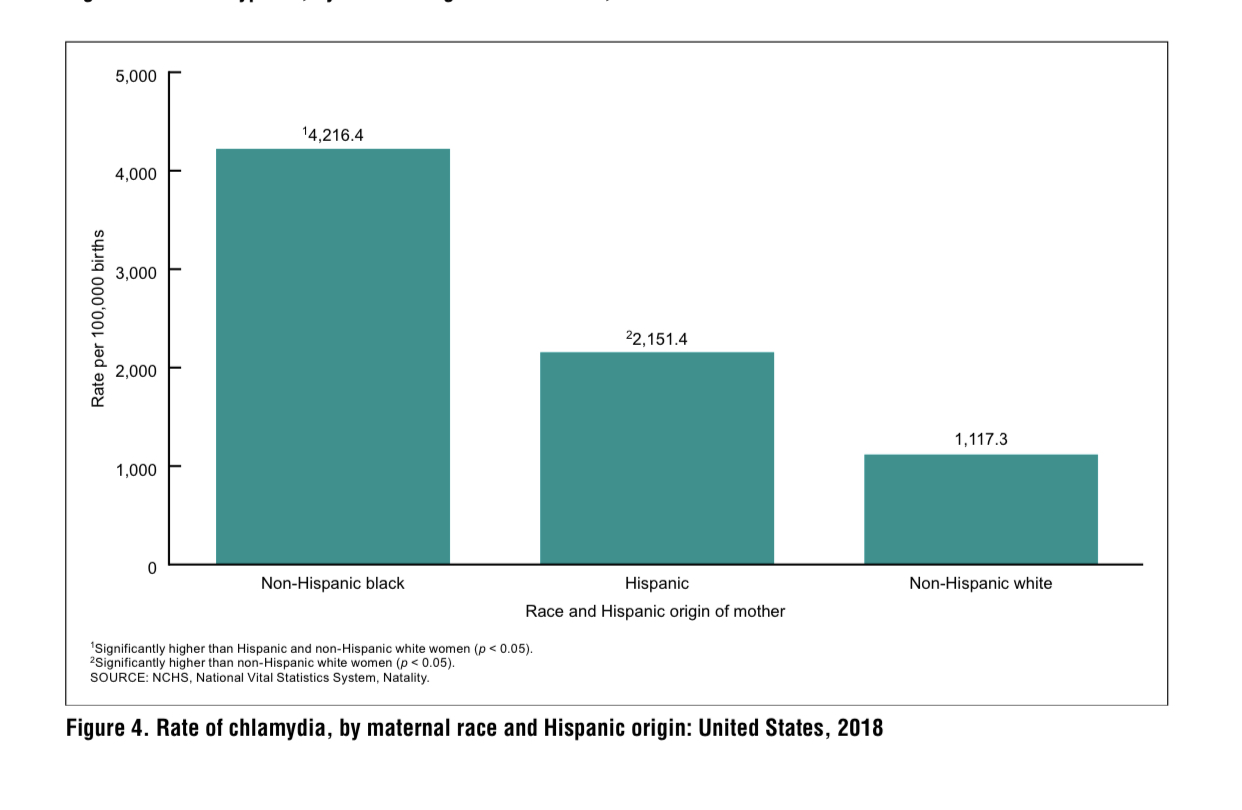 Sadly, of the 69,758 cases of chlamydia, for example, well over half, 61%, were ages 24 and under. Younger females also make up majority numbers of gonorrhea and syphilis cases. Overall, in 2018, 28% of white birth mothers were unmarried as were 69% of blacks and 52% of Hispanics.

In the vast majority of cases for all three STIs the source of payment for delivery and medical services was Medicaid.

As an aside, in 2018, 16.9% of non-Hispanic black birth mothers were foreign born as were 47% of Hispanic birth mothers. This information is from Births: Final Data for 2018 from the CDC. The data on marriage rates is also from the final 2018 births document.

Between 2016 and 2018, pregnant women with chlamydia, gonorrhea and syphilis were young, poor and many foreign born. A large portion of pregnant women with STIs in 2018 were non-Hispanic blacks who were covered by Medicaid, 65%, and 69% were unmarried.

These are the facts and only the facts from all birth certificates registered in the United States from 2016 to 2018.

Is anyone reporting on this?