The Other "New Jersey Men": Blacks And Guns In Trenton

Searching for "New Jersey Man" in connection with the a recent blog on MSM suppression of immigration status (he was actually "Ukrainian man") I found this story, which involves no Ukrainians at all: New Jersey Man Gets 5 Years For Gun Trafficking In Trenton

TRENTON, N.J. (AP) — A Trenton man has been sentenced to five years in prison for selling an illegal assault weapon in the city.

Under terms of his sentencing Thursday, Jameel Harris will have to serve to serve at least three years before he’s eligible for parole.

Harris pleaded guilty to selling a sawed-off AR-15 semi-automatic rifle to a government informant for $1,200 last May. The rifle had a high-capacity magazine loaded with eighty rounds.[More]

Reading about the eighty-round magazine, I thought "They've probably got that wrong, but if they're right, I bet it jams."

That last part may for once just be uninformed prejudice—drum magazines, which have a bad reputation for jamming, may have improved, especially if you buy them from Brownells, rather than some guy named Jameel in Trenton, NJ. 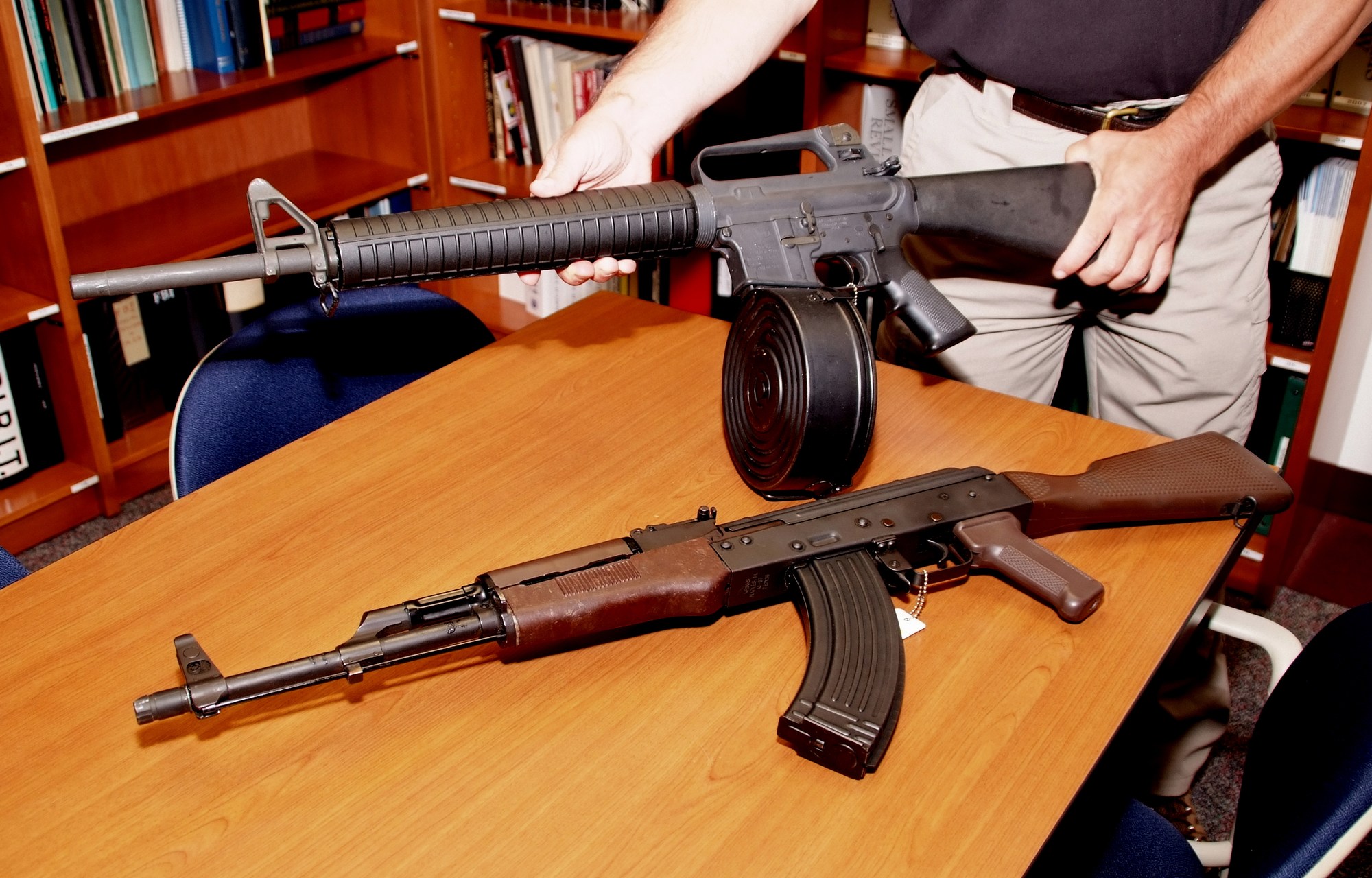 Anyway, here is what the targets of Operation Gravedigger look like:

You may also notice that everyone in this picture is a minority. Noticing that is called "racial profiling." It makes President Obama and Eric Holder foam at the mouth. But you see the problem—these are the guys who are doing the shooting and selling guns.

If you are a white person wanting to own guns legally in New Jersey,  either to shoot in the woods or to protect your home, buying a gun is a bureaucratic nightmare.

If you are member of minority group, you go see a guy near the funeral home, pay him cash, and go on your way rejoicing.

See my webinar speech Gun Control—Like Immigration Law, Enforced Only Against Those Who Obey It.