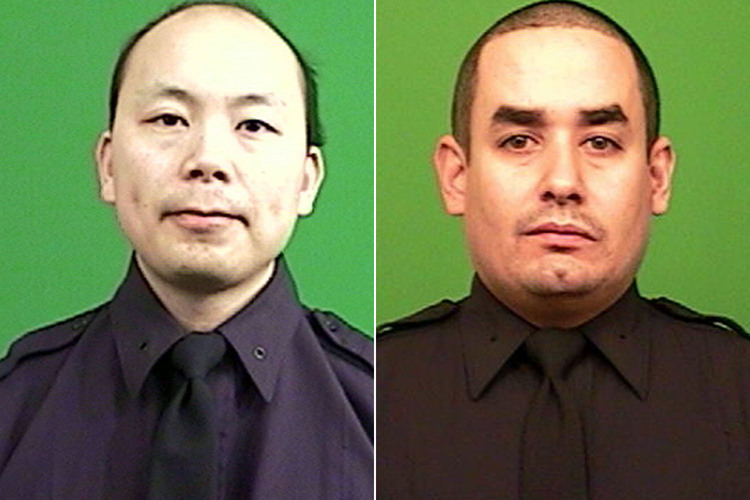 After months of the White House, the Democratic Party, and the prestige press trying to angry up the black vote, things like this were bound to happen. So what if the Democrats’ 2014 campaign strategy has come home to roost. You can’t make an omelet without breaking a few eggs, can you? Too bad Lu, Ramos, and Begic had to die for the crime of being non-black, but it was all in the good cause of trying to boost black turnout to benefit Democratic politicians. From the New York Post:

Two uniformed NYPD officers were shot dead Saturday afternoon as they sat in their marked police car on a Brooklyn street corner — in what investigators believe was a crazed gunman’s ­assassination-style mission to avenge Eric Garner and Michael Brown.

“It’s an execution,” one law-enforcement source said of the 3?p.m. shooting of police officers Wenjian Liu and Rafael Ramos. 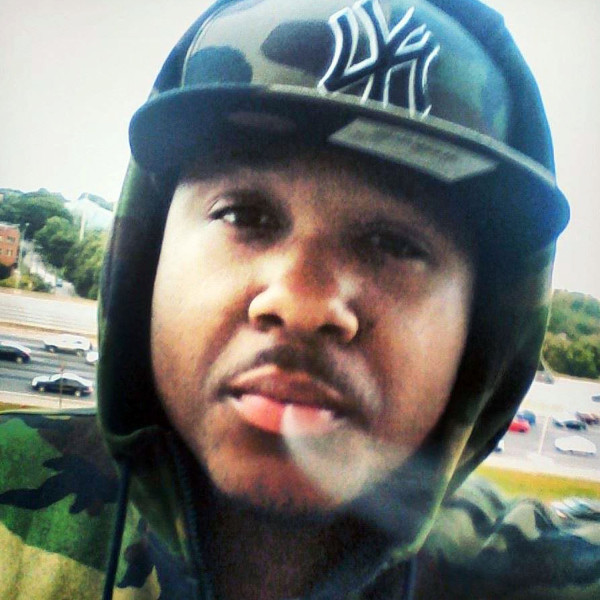 The tragic heroes were working overtime as part of an anti-terrorism drill in Bedford-Stuyvesant when they were shot point-blank in the head by the lone gunman, identified by sources as Ismaaiyl Brinsley, 28, who had addresses in Georgia and Brooklyn.

Moments after killing the two officers, he too was dead, having turned the gun on himself on a nearby subway platform as cops closed in.

“I’m Putting Wings on Pigs Today,” a person believed to be the gunman wrote on Instagram in a message posted just three hours before the officers were shot.

“They Take 1 Of Ours…Let’s Take 2 of Theirs,” the post continued, signing off with, “This May Be My Final Post.”

He used the hashtag #ShootThePolice, along with two other hashtags referencing Garner and Brown.

The Obama Administration and its allies in the national media have been following the strategy outlined in the 1997 Brimelow-Rubinstein article on how electing a new people favors the Democrats by building a larger anti-white coalition.

But as I pointed out in VDARE in 2009, while Asians and Latinos (such as the two murdered NYPD officers) might well be bribed and cajoled by the American Establishment into supporting the Anti-White Party, they have good reasons for being less enthusiastic about supporting the Black Party:

Being, in essence, the white party makes the GOP uncool. And that's only going to get worse as the impact of decades of indoctrination in the uncoolness of white people by the school system and Main Stream Media continue to pile up.

… My suggestion: the only long-term option for the Republicans, the de facto white party, is to rebrand the Democrats as the de facto black party.

Not the Minority Party or the Cool, Hip, Multicultural Party—but the Black Party. Go with the flow of the fundamental Manichaeism of American thought: Black versus White.

Sure, it’s kind of retarded, but Americans, especially American intellectuals and pundits, aren’t good at thinking in terms of shades of brown. You can't beat it, so use it.

Black or white: choose one.

Or they can not choose and stay home on Election Day.

The subtle cunning of the tactic of rebranding the Democrats as the black party is not to criticize the Democrats for being the vehicle of African-American political activism, but to praise them for it, over and over, in the most offhand “everybody-knows” ways.

Don’t argue it. Just treat it as a given.

Moreover, Republican rhetoric should encourage feelings of proprietariness among blacks toward their Democratic Party. It’s not all that hard to get blacks to feel that they morally deserve something, such as, for example, predominance in the Democratic Party. African-Americans are good at feeling that others owe them deference.

This kind of subtle language, casually repeated, puts Democrats in a delicate spot. Either they insult blacks by denying this presumption, or they alarm their Asian, Hispanic, and white supporters by not denying it. As everybody knows, but seldom says, black political control hasn’t worked out well for places as far apart as Detroit and Zimbabwe. …

As the black sense of rightful ascendancy in the Democratic Party becomes more pronounced, Hispanics will be demanding that their burgeoning numbers mean that it’s now their turn. Meanwhile, more Asians will wonder why they are supporting an agglomeration dominated by blacks who don'’ share their values. And white Democrats will wonder how exactly they can prosper in a party where everybody else is allowed to speak out in internal disputes as representatives of a legitimately aggrieved racial group, but they aren’t.

The GOP faces a daunting future of their own making. Then, again, so do the Democrats. All Democrats should be helpfully assisted to confront this.

I haven’t noticed any Republicans following this machiavellian cleverness, but I sure have noticed a lot of Democrats in 2014 stupidly walking themselves into this trap. It’s easy to persaude blacks to behave badly. And that’s what Barack Obama, Eric Holder, and the New York Times have been working to do since August.