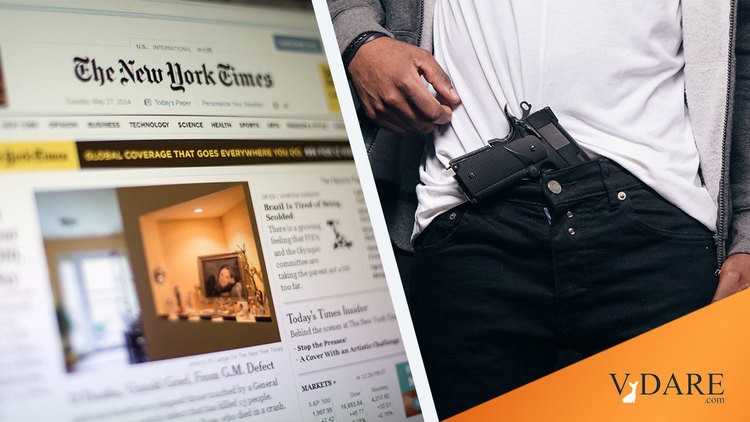 The New York Times finds a gun owner it can sympathize with. http://t.co/76Tlgx4c

It's convicted burglar and "armed career criminal" Matthew Robert Descamps of Pennsylvania: Editorial: When Burglary Is Not Burglary, January 9, 2013.

The New York Times  has frequently editorialized in favor of disarming homeowners, and in Guns and Bitter, April 16, 2008,  they criticized Obama for apologizing to the non-burglarious citizens of Pennsylvania for his infamous "cling to guns or religion" comment.

In 2000, when the Wichita Horror occurred—two black convicts forced their way into a Kansas home, killed four people and raped two of them, one of whom survived—the New York Times found it "Unfit to Print."