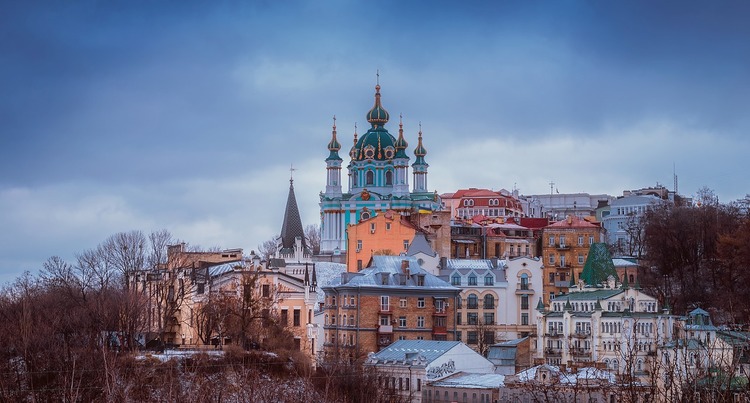 The Name Game: Kyiv Versus Mumbai 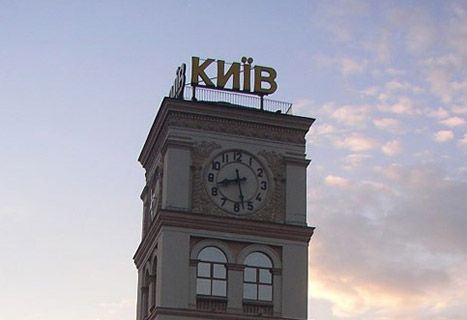 Normally we try to spell country names normally. If we talk about a massacre in Mumbai, we try to let you know it's really Bombay.

In his article today, Roman Skaskiw spells the city where  riots are taking place as Kyiv.

We agree to this, because if we spell it Kiev, at this moment, we're not just agreeing to the traditional English scheme of spelling, say Cologne, rather than Köln, or not saying El Kahira when we mean Cairo, we'd be using the Russian spelling. Which is sort of the point of the protests.

Of course, at home, the Russians spell it  Киев and the Ukrainians Київ, causing English-speaking proofreaders to exclaim (phonetically, in a nondescript accent ) "Bozhe moi!"

Anyhow, here's John Derbyshire's argument agains name changes,originally published in the Weekly Standard, January 17, 2000, as The Onomastic Cringe. After a brief section on the "Roma", JD took off on place names:

Ethnonymy — the naming of peoples — is apparently headed down the same slippery slope that toponymy — the naming of places — embarked on twenty years ago, when we all had to start saying "Beijing" and "Mumbai" out of imagined deference to the sensibilities of the Third World. Toponymical practice has now passed far beyond the bounds of reason into a realm of utter lunacy. The other day I needed to know the name of that wee gulf up in the top right-hand corner of the Mediterranean. I pulled down my Times Atlas of the World and got the answer: "Ïskenderun körfezi." Now, I am sure that somewhere in there is the Turkish word for "gulf," but alas, I had mislaid my Turkish dictionary. (So I went to the attic and looked the place up in my grandfather's 1922 atlas. "Gulf of Alexandretta". Ah.)

Granted, it is a nice courtesy to refer to peoples and their places by the names they themselves use. But why is this consideration supposed to override all others? Here are some of the others.

Educational. How are teachers supposed to get even the brute facts of geography, history and ethnology into kids' heads when the names keep changing? And when the new names are written in a way that nobody but a master of comparative graphetics can pronounce? Who, exactly, is better off for calling Gypsies "Roma" and Jerusalem "Yerushalayim/Al-Quds"? Imagine a bright tenth-grader who wants to do a project on the Opium Wars. He finds a good library with lots of excellent books on the topic, some of them published decades ago (e.g. Maurice Collis's Foreign Mud, still — after 50 years — one of the best Opium War books). He reads of action going on in places called Canton, Swatow and Amoy. But where are those places? He will not find them on any school atlas published since about 1980. I could tell him, if he knew to ask me, that those cities are nowadays called Guangzhou, Shantou and Xiamen; but of course he doesn't know. Why are we thus distracting him from his historical researches? Don't kids face enough distractions?

Phonetic. The principle we started out with was:  If a foreign name comes to the attention of English-speakers we are entitled to Anglicize it for our convenience. The Swedish city-name "Göteborg," for example, contains two sounds — one vowel, one consonant — that English-speakers cannot produce without special training. No prob: we'll call it "Gothenburg."

This very sensible principle has been replaced by a new one:  Foreign names must be rendered in their native orthography; or, when that involves some alphabet different from ours, in a transcription as phonetically faithful as possible.

The trouble is, this doesn't work. "Peking" is a fair approximation to the way most southern Chinese pronounce the name of their capital. "Beijing" is a shot at the official — under the current regime — northern pronunciation, but it really gets us no closer. English-speakers voice the "b," which should be unvoiced; and they Frenchify the "j" into [ʒ], a sound that does not occur in Chinese. And of course nobody attempts the tones, a non-optional feature of Chinese pronunciation. (With wrong tones, beijing means "background.")

So the net result of all this upheaval is that a familiar Anglicization of a foreign name has been replaced by another Anglicization, no closer than the first. Was our journey really necessary?

Fairness. The need to call peoples and places by their local names is entirely a figment of the Anglo-Saxon liberal imagination — yet another aspect of the absurd cultural cringing our civilization has gone in for this past thirty years. (I hereby christen the whole phenomenon under discussion here "The Onomastic Cringe.")

The beneficiaries of this consideration do not reciprocate. Chinese atlases show England's great university city as Niujin, with no hint that we locals actually pronounce it "Oxford." I have no doubt the Hottentots still call my own people what they have always called them — "white devils," probably.

There is the same asymmetry here that Peter Brimelow noticed in Alien Nation. After a survey of U.S. immigration policy, Brimelow decided to see how things were done in those countries that send us immigrants. He put through calls to China, India and Mexico to ask what rules there were for immigrating to those countries. The answers, in a nutshell: you better be Chinese, Indian or Mexican.

Want to immigrate to India? Sorry, you're not brown enough. Want to find Oxford on a Chinese atlas? Sorry, we don't give a flying fandangle how you locals pronounce it.

Cussedness. Damn whatever committee of the U.N. is foisting this gibberish on us! To hell with them and all their works! GYPSIES! PEKING! LAPPS! BOMBAY! HOTTENTOTS! Come and get me, you bastards!