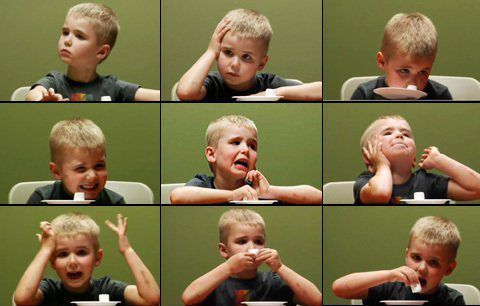 Mischel’s famous Marshmallow Test of children’s willpower to delay instant gratification in return for more rewards in the future (you can eat one marshmallow right now or get more later) is often cited in the usual All We Have to Do About Education articles. Toddlers who resisted the urge to eat the marshmallow the longest tend to get higher test scores later in life.

But, of course, the marshmallow test is actually more a clever measure of individual character, IQ, and bourgeois acculturation in a two-parent home than of factors that can be readily social engineered in schools.

We replicated and extended Shoda, Mischel, and Peake’s (1990) famous marshmallow study, which showed strong bivariate correlations between a child’s ability to delay gratification just before entering school and both adolescent achievement and socioemotional behaviors. Concentrating on children whose mothers had not completed college, we found that an additional minute waited at age 4 predicted a gain of approximately one tenth of a standard deviation in achievement at age 15. But this bivariate correlation was only half the size of those reported in the original studies and was reduced by two thirds in the presence of controls for family background, early cognitive ability, and the home environment. …

Very excited that our study on the Marshmallow Test is finally out @PsychScience. We attempted to replicate the original longitudinal work to see if delay of gratification in preschool predicted later life outcomes: We found that in a more diverse sample of kids, gratification delay was predictive of adolescent achievement, but this prediction was highly sensitive to controls for background characteristics. We interpret this to mean that interventions focused on gratification delay… are unlikely to have large long-term effects.

The experiment has its roots in an earlier one performed in Trinidad, where Mischel noticed that the different ethnic groups living on the island had contrasting stereotypes about one another, in terms of the other’s perceived recklessness, self-control, and ability to have fun.[6] This study focused on male and female children aged seven to nine (35 Black and 18 East Indian) in a rural Trinidad school. The children were required to indicate a choice between receiving a 1¢ candy immediately, or having a 10¢ candy given to them in one week’s time. Mischel reported a significant ethnic difference, with Indian children showing far more ability to delay gratification as compared to African students, as well as large age differences, and that “Comparison of the ‘high’ versus ‘low’ socioeconomic groups on the experimental choice did not yield a significant difference”.[6] Absence of the father was prevalent in the African-descent group but occurred only once in the East Indian group, and this variable showed the strongest link to delay of gratification, with children from intact families showing superior ability to delay.

In other words, Mischel’s original Marshmallow Experiment, while perhaps somewhat overstated in effect size, offered a pretty good summary of the realist world view, even though it was hard to notice that due to all the All We Have To Do hype that accumulated around it.