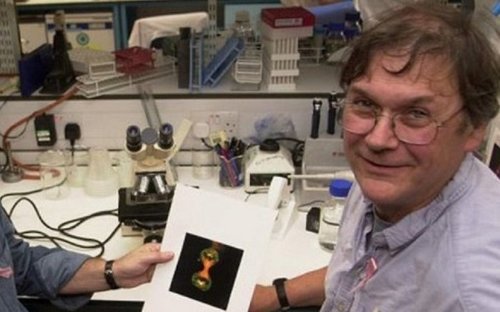 Awhile back I posted about the public flaying of chemist Sir Tim Hunt under the title of “Nobel Scientist Says Women Take Things Personally; Women Take It Personally.” Not surprisingly, it now turns out, the professional SJW who started the witchburning [Connie St. Louis, pictured right] took things out of context. From the Daily Mail:

The report began by confirming that Sir Tim had joked about falling in love with women in laboratories and ‘making them cry’.

However, it said he’d prefaced those comments with an ironic introduction, joking that they would illustrate what a ‘chauvinist monster’ he was.

The report then revealed the existence of an entire second half of the controversial toast.

In it, Sir Tim was said to have told his audience that his remark about ‘making them cry’ was, indeed, an ironic joke.

He purportedly said, ‘now seriously . . .’ before going on to speak enthusiastically about the ‘important role’ women scientists play. He ended by joking that his largely female audience should pursue their trade, ‘despite monsters like me’.

The report’s author added: ‘I didn’t notice any uncomfortable silence or any awkwardness in the room as reported on social and then mainstream media,’ going on to describe the speech as ‘warm and funny’.

The Guardian is now editorializing that, well, okay, they didn’t get the joke, but that’s not important because some things are much too serious to ever joke about:

The Hunt camp claims feminists are too humourless to see that it was a joke. But as the provost of UCL, Professor Michael Arthur, pointed out when he indicated last Friday that Professor Hunt would not be reinstated, it was impossible for an institution to tolerate someone to whom they had awarded an honorary post, even a 71-year-old Nobel prize winner, expressing views even in jest that so comprehensively undermined its own reputation as a leading supporter of female scientists.