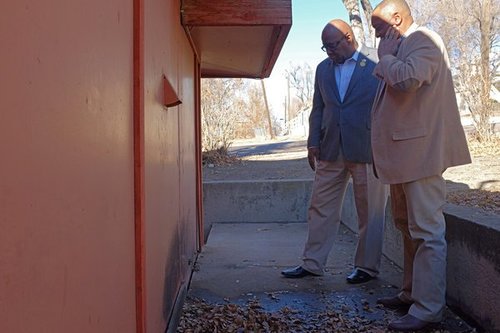 When a pipe bomb went off in a Colorado Springs building with an NAACP office in it, Steve Sailer thought it looked "sketchy", and Michelle Malkin published The “NAACP Bombing” … or The Barbershop Bang? pointing out that

To recap: On the morning of Jan. 6, a crude device—reportedly a flare placed inside a pipe, which was enclosed in a gas can—caused minor damage and charring on the outer wall of Mr. G’s Hair Design Studio. The NAACP office is located on the opposite side of the building

In March, Michelle published a followup: The NAACP’s Fomenters of Fear: Imaginary Lynching, Imaginary Bombing, Imaginary Arson For Last 20 Years, in which she pointed out that

But the allegedly racist perpetrator of the “NAACP bombing” turned out to be a disgruntled client of a now-deceased tax accountant who once worked in the same office complex. The financially troubled suspect had unsuccessfully tried to contact the tax preparer for years to obtain past tax returns.[NOT A Hate Crime: Colorado Springs Bombing Targeted Tax Preparer, Not NAACP, By Chuck Ross, The Daily Caller, February 20, 2015] But unbeknownst to the “bomber,” who set off a pathetic improvised explosive device on the opposite side of the NAACP office, the accountant had been sent to prison for bilking other clients–and had passed away several years ago.

Confirming what only a few of us in the media dared to theorize out loud, race had absolutely nothing to do with the wildly inflated and cynically exploited incident in Colorado Springs. Zip, zero, nada.

The the SPLC tweet above is linking to a story by Denver Post crime reporter Kirk Mitchell [Email him] who still follows the Narrative:

The Colorado Springs man had told investigators he was angry at his accountant, but there are at least two major problems with that scenario.

Henry Allen Jr., president of the Colorado Springs branch of the NAACP, has said he is suspicious of Murphy's claimed motivation.