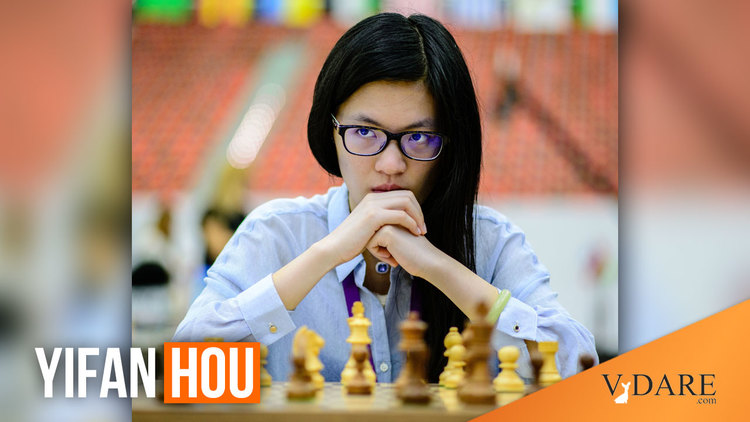 The Last Woman Falls Out Of The Chess Top 100

The top woman chess player in the world is Yifan Hou. She is the third woman of all time to rank in the world top 100, after Maia Chiburdanidze and the great Judit Polgar. But Hou recently dropped to 101st in the world chess rankings, meaning that the top 100 is all male. Considering that Polgar first made the world (i.e., male) top ten 26 years ago in 1996, it’s striking that no women are currently in the world top 100.

One reason is there isn’t much money in chess: the current chess champ, Norway’s Magnus Carlsen, who is said to be the highest rated player of all time (although chess ratings have been going up due to the internet allowing more study of chess and AI allowing kids to face brilliant robot opponents), is said to have a net worth of $8 million, which isn’t huge for a man of his talents (he also participates in fantasy soccer with great success).

In contrast, it’s less obvious that women can’t compete with men in chess. And Judit Polgar’s success a quarter of a century ago suggests women, with the proper upbringing, can do quite well.