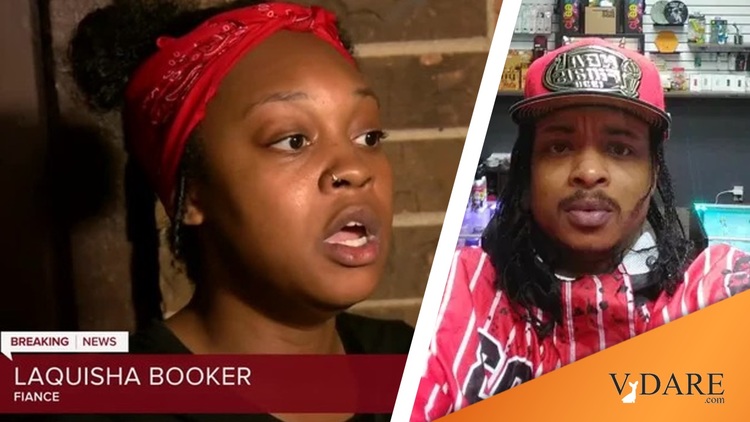 Earlier this year, Laquisha N. Booker had the Kenosha police take out a felony sexual assault warrant against her ex-boyfriend Jacob Blake, telling them (according to the warrant):

But all appears to be forgiven now that Blake’s financial prospects are looking up:

Besides a fiancée, Blake now possesses a large extended family. From the New York Times:

“The Blake family is exhausted,” said an uncle, Rick Blake, who described a large and diverse extended family. “We are teachers, we are lawyers, we are government officials, we are everyday working people.”