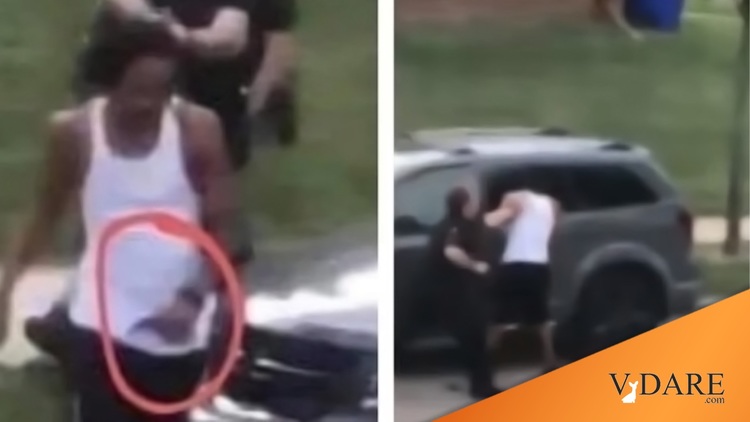 A statement issued by the Kenosha Professional Police Association:

Details released by the association and involved Kenosha police officers.

Senator Steve Nass (R-Whitewater) is sharing vital new information on the officer-involved shooting of Jacob Blake released by the Kenosha Professional Police Association (KPPA) and the officers involved in the shooting. The release of information was issued through the KPPA’s attorney Brendan Matthews.

Senator Nass believes it is important that the public have a more complete presentation of the facts relating to the incident involving Jacob Blake.

The following is the release of information from the KPPA and the officers involved:

“The recent officer-involved shooting in Kenosha has produced a variety of feelings and narratives; most of which are wholly inaccurate. The purely fictional depiction of events coming from those without direct knowledge of what actually occurred is incredibly harmful, and provides no benefit to anyone whatsoever, other than to perpetuate a misleading narrative. The lawyers for Mr. Blake, among others, have continued to provide false and misleading “facts” to the public, in what can only be considered a ploy for attention and sympathy. Unfortunately, even the incident update from the Wisconsin Department of Justice, Division of Criminal Investigation (“DCI”) — the agency charged with investigating the incident independently — is riddled with incomplete information, and omits important details that would help to paint a more complete picture of the incident. While DCI updated that release earlier today (8/28/20), it is still lacking.

The Kenosha Professional Police Association, including the officers involved, believe the public deserves to know the truth.

Here are the actual and undisputed facts:

• The officers were dispatched to the location due to a complaint that Mr. Blake was attempting to steal the caller’s keys/vehicle.

The caller was Blake’s ex-girlfriend, the mother of 3 of his children.

A question that hasn’t been answered yet is whether the three children in the back of the SUV were the children of the ex-girlfriend who called the cops on Blake. If so, did she have legal custody of them and not Blake? Was he attempting to, legally, abduct them?

Keep in mind that he might have felt his intentions were wholly benign — perhaps he intended to take his children on an outing that he had promised them. But a lot of very nasty domestic disputes start exactly like that: the dad shows up to take his kids, the mom objects, the cops are called, and things go even further downhill from there.

• Officers were aware of Mr. Blake’s open warrant for felony sexual assault (3rd degree) before they arrived on scene.

The ex-girlfriend had filed a complaint against Blake’s visit to her home in May.

• Mr. Blake was not breaking up a fight between two females when officers arrived on scene.

This was alleged by at least one neighbor and widely circulated in the national press that Blake was being a peacemaker.

• The silver SUV seen in the widely circulated video was not Mr. Blake’s vehicle. The ex-girlfriend would sometimes let him borrow her car, but he was supposed to ask.

• Mr. Blake was not unarmed. He was armed with a knife. The officers did not see the knife initially. The officers first saw him holding the knife while they were on the passenger side of the vehicle. The “main” video circulating on the internet shows Mr. Blake with the knife in his left hand when he rounds the front of the car. The officers issued repeated commands for Mr. Blake to drop the knife. He did not comply.

It looks like a karambit knife, but the video is very fuzzy. It still might be something else.[A Karambit-style knife is pictured at right.]

Maybe the cops thought Blake was being a reasonable man who understood “Don’t bring a knife to a gunfight,” so … he was going for a gun in the SUV to shoot it out with the police.

But he wasn’t being a reasonable man.

Which was the problem in the first place.

My guess is Blake’s plan was to get in the car (presumably his ex-girlfriend’s) and drive away with the kids and hope the cops just forget about the resisting arrest and the felony warrant and the (perhaps) child abduction charges.

Blake probably realized that getting arrested with the knife on his person would have resulted in additional charges and was trying to hide it in the car. Since the cops weren’t mind readers, they assumed he was attempting to retrieve a weapon from the car.

Back to the Kenosha cops press release:

• The officers initially tried to speak with Mr. Blake, but he was uncooperative.

• The officers then began issuing verbal commands to Mr. Blake, but he was non-compliant.

• The officers next went “hands-on” with Mr. Blake, so as to gain compliance and control.

• The officers then disengaged and drew their tasers, issuing commands to Mr. Blake that he would be tased if he did not comply.

• Based on his non-compliance, one officer tased Mr. Blake. The taser did not incapacitate Mr. Blake.

• The officers once more went “hands-on” with Mr. Blake; again, trying to gain control of the escalating situation.

• Mr. Blake forcefully fought with the officers, including putting one of the officers in a headlock.

• A second taser (from a different officer than had deployed the initial taser) was then deployed on Mr. Blake. It did not appear to have any impact on him.

• Based on the inability to gain compliance and control after using verbal, physical and less-lethal means, the officers drew their firearms.

• Mr. Blake continued to ignore the officers’ commands, even with the threat of lethal force now present.

The foregoing facts need to be added to the story to correct what is currently out there. As the uncontested facts above demonstrate, the officers involved gave Mr. Blake numerous opportunities to comply. He chose not to. None of the officers involved wished for things to transpire the way it did. It is my hope that truth and transparency will help begin and aid in the healing process.”

Domestic disputes like this are just about the most likely to turn deadly because passions are high and people won’t behave reasonably.

Systemic Racism has got nothing to do with it.

The whole country should take a deep breath and then admit a fact: This was just a domestic dispute that didn’t have anything to do with racism.