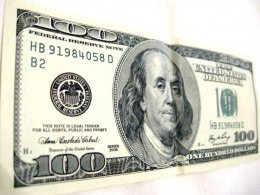 The Immigration Issue A $100 Bill Lying On The Sidewalk. Does GOP Think It's Radioactive?

Mark Krikorian makes a very pertinent political point over at the Center for Immigration Studies website:

In the wake of the murder of Kate Steinle by a five-times-deported illegal-alien felon, news organizations worthy of the name would be all over the Democratic candidates asking if they regret their past, repeated, emphatic support for sanctuary cities. After all, every Republican was asked about the Confederate battle flag, which had nothing whatever to do with the Charleston murders. And yet San Francisco's refusal to turn over illegal aliens for the feds until they've been convicted of violent felonies (and the Obama administration's support for, and even promotion of such policies) is the only reason this poor woman was killed. [Knowing What We Know Now, Mrs. Clinton, Would You Still Support Sanctuary Cities? by Mark Krikorian, July 6 2015.]

Heck, even the Republicans haven't jumped on this . . .

. . . other than Trump, whose widely mocked warnings of this very danger have been vindicated. This was the perfect opportunity for Walker or Rubio or Cruz (¡Jeb! is hopeless, of course) to steal some of Trump's thunder by offering a sober but scathing critique of the Obama-Clinton policy of dismantling our immigration-enforcement infrastructure — but so far it's crickets. And this despite the fact that deporting illegal-alien criminals is probably a 95 percent issue among Republican primary voters and a 75 percent issue among voters in general. This incident simply reinforces the Evil Party/Stupid Party narrative.

With American workers being forced to train cheaper foreign replacements and criminal illegals roaming free, immigration issues are $100 bills lying on the sidewalk waiting for candidates to pick them up.

With the honorable exception of Donald Trump (Trump-Coulter 2016! Trump-Coulter 2016!) the GOP candidates are behaving as if those $100 are dusted with plutonium.  Even Ted Cruz, though relatively good on illegals, is asking for more worker replacement.

"Stupid" really doesn't capture the state of the GOP.  The party Establishment is brain-dead.