Last night, Hillary Clinton chose to wrap up her debate with the sad story of a Latina woman victimized by Donald Trump. Alicia Machado was previously little known in the English-speaking world:

HOLT: Very quickly, because we’re at the final question now.

CLINTON: You know, he tried to switch from looks to stamina. But this is a man who has called women pigs, slobs and dogs, and someone who has said pregnancy is an inconvenience to employers, who has said…

TRUMP: I never said that.

CLINTON: …. women don’t deserve equal pay unless they do as good a job as men.

TRUMP: I didn’t say that.

CLINTON: And one of the worst things he said was about a woman in a beauty contest. He loves beauty contests, supporting them and hanging around them. And he called this woman “Miss Piggy.” Then he called her “Miss Housekeeping,” because she was Latina. Donald, she has a name.

CLINTON: Her name is Alicia Machado.

TRUMP: Where did you find this?

CLINTON: And she has become a U.S. citizen, and you can bet…

Thank God this poor Latina immigrant was just last month given the vote in our election in time to wreak her vengeance upon Donald Trump.

Today, this New York Times article totally buys into Hillary’s positioning of Ms. Machado as a sad victim of sexism:

For 20 years, Alicia Machado has lived with the agony of what Donald J. Trump did to her after she won the Miss Universe title: shame her, over and over, for gaining weight.

Private scolding was apparently insufficient. Mr. Trump, who was an executive producer of the pageant, insisted on accompanying Ms. Machado, then a teenager, to a gym, where dozens of reporters and cameramen watched as she exercised.

Mr. Trump, in his trademark suit and tie, posed for photographs beside her as she burned calories in front of members of the news media. “This is somebody who likes to eat,” Mr. Trump said from inside the gym.

In the process, Ms. Clinton, the first female presidential nominee of a major party, elevated a largely forgotten tale of Mr. Trump, when his oversight of beauty pageants collided with his unforgiving fixation with female beauty.

And Mrs. Clinton put a spotlight on Ms. Machado, Miss Universe 1996, who says she has never recovered from the experience.

But it turns out that Ms. Machado somehow recovered enough to live an interesting life over the last 20 years, although NYT didn’t see fit to mention any of the following today. From the Associated Press’s archive:

CARACAS, Venezuela (AP) _ The Venezuelan beauty queen who made headlines two years ago for putting on weight after being crowned Miss Universe is back in the news.

A lawyer for a man who was shot outside a church in November said Friday that Alicia Machado, 21, was seen driving the car in which her boyfriend sped away from the scene of the shooting. Francisco Sbert Mousko suffered brain damage when two bullets punctured his skull outside a church where his dead wife was being eulogized.

“Our accusations against Alicia Machado are based on coinciding testimony from witnesses, who place her in the vehicle in which Juan Rodriguez fled the scene,” said Omar Arenas Candelo, one of three attorneys who presented the allegations to a criminal court late Thursday.

A couple of weeks later, the AP also reported:

CARACAS, Venezuela (AP) _ A Venezuela judge said Thursday a former Miss Universe threatened to kill him after he indicted her boyfriend for attempted murder.

Venezuelan beauty queen Alicia Machado threatened “to ruin my career as a judge and … kill me,” Judge Maximiliano Fuenmayor said on national television.

The 21-year-old Machado, who created an international stir in 1996 when she gained 35 pounds after being crowned Miss Universe, allegedly called the judge after he issued an arrest warrant Wednesday for Juan Rafael Rodriguez Regetti.

Rodriguez, 26, is accused of shooting and wounding his brother-in-law, Francisco Antonio Sbert Mousko, outside a church in Caracas last November where Sbert’s wife _ Rodriguez’s sister _ was being eulogizing.

Rodriguez apparently blamed Sbert for driving her to commit suicide.

The victim’s family accused Machado of driving the getaway car, but Fuenmayor has not indicted her, citing insufficient evidence. The judge said there were no witnesses to place Machado at the scene _ or to back up her claim she was home sick at the time.

Fuenmayor said he planned to open a new case against Machado for Wednesday’s threatening phone call.

But Machado was not convicted on any of the charges.

We had heard nothing about this Bobby Abreu story from last month. Maybe it’s because we don’t watch Spanish language TV. But still.

Here’s the details, if you’re as in the dark as we were. The Phillies outfielder — enjoying the greatest season of his career, by the way; right around the time this story broke, he hit homers in six consecutive games — was engaged to former Miss Universe Alicia Machado. In May, she appeared on a Mexican reality television show called “La Granga (The Farm)” and … had sex with a fellow cast member on camera. Needless to say, Abreu was not a fan of this — as Jason Mulgrew points out, Latin men tend not to handle such matters well — called off the engagement and subsequently went on his homer barrage. We still think this might have been cooked up by Phillies general manager Ed Wade and manager Charlie Manuel, like in Fast Times at Ridgemont High, when they smashed Louis’ car right before the football game. But we still can’t believe we hadn’t heard about this, mostly.

Machado went on to moderate success as a soap opera star, and appeared nude for the Mexican edition of Playboy in 2006.

Abreu and Machado were engaged in 2005, when Machado went on a reality TV show. The concept of being filmed for a nationwide (and with the glory that is the internet, worldwide) reality TV show apparently escaped Machado as she had sex with a housemate,… of course, all caught on camera. The photos and video appeared online, and Abreu called off the engagement shortly thereafter.

Abreu dumping Alicia Machado was announced in the Philadelphia Daily News on May 2, 2005. Freed from her, the Phillies outfielder suddenly went on one of the hottest streaks of his career. From Wikipedia:

In May, Abreu was honored as the Player of the Month in the National League, after he hit .396 and 11 home runs. He also led the NL for the month in slugging average (.792), on-base percentage (.535), and walks (30) and was tied for the league lead with 30 RBI. He became the first player in Major League history to hit at least one home run in nine out of ten team games.

In Mexico a few years later, Machado insisted that her new baby was the child of businessman Rafael Hernandez Linares rather than of narco cartel druglord José Gerardo Álvarez Vázquez, a.k.a., El Indio, as Mexico’s Attorney General claimed. From a Google Translate version of a 2010 article in El Economista: 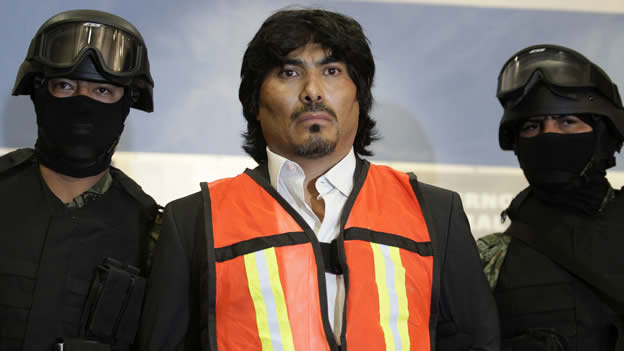 Jose Gerardo Alvarez Vazquez, “El Indio”, presented today by the Federal Police and detained by federal jointly with the Army, had an affair with former Miss Universe Alicia Machado and fathered a daughter.

Protected witnesses in preliminary investigation PGR / SIEDO / UEIDCS / 359/2008 indicate that the model also had a daughter in 2008 and girl christening was attended by Arturo Beltran Leyva, the “boss of bosses”, his brother Hector Beltran and Edgar Valdes Villarreal, “La Barbie,” who today fight the ownership of the cartel Beltran.

According to the report, Edgar Bayardo del Villar, protected witness who was executed on December 1 last in a cafe in the Colonia del Valle was the first to testify about the romantic relationship between the two characters.

Hillary’s just not into that Extreme Vetting, because that would be racist.

Alicia Machado is a good example of the ongoing envibrantisimoization of American life. But most American institutions don’t really pay much attention to Latin American pop culture.

For example, today wasn’t the first time the New York Times had written about Alicia Machado. In a long article denouncing Trump in May, the NYT credulously used Machado as their anchorwoman to wrap up their indictement:

Crossing the Line: How Donald Trump Behaved With Women in Private

But when Mr. Trump lost confidence in women, he could inflict lasting damage on their lives.

After Alicia Machado won the 1996 Miss Universe title, something very human happened: She gained weight. Mr. Trump did not keep his critique of her changing body quiet — he publicly shamed her, she said.

Mr. Trump said he had pushed her to lose weight. “To that, I will plead guilty,” he said, expressing no regret for his tactics.

But the humiliation, Ms. Machado said, was unbearable. “After that episode, I was sick, anorexia and bulimia for five years,” she said. “Over the past 20 years, I’ve gone to a lot of psychologists to combat this.”

“One of the requirements for naturalization is good moral character (GMC)” – Vol 12 Part D – CH – 9.

How much of her lurid life did she disclose to the U.S. government? Theoretically, applicants for citizenship must have “good moral character,” but we all know that “vetting” is racist.

More on Alicia Machado from the Daily Mail.