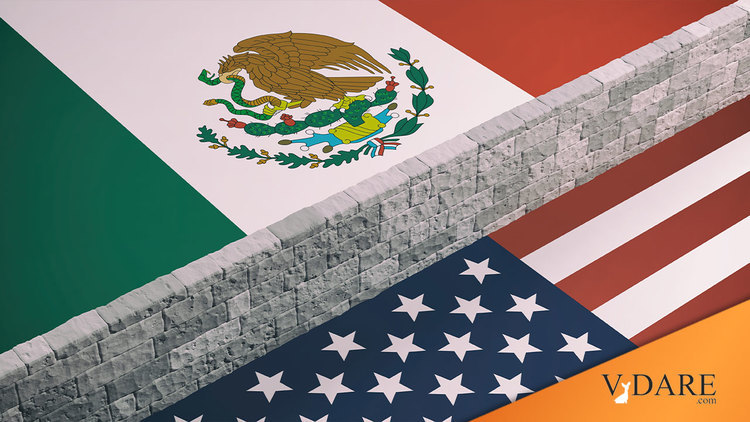 The Great Wall Of America

Mass deportations won't — and shouldn't — happen. The legal, moral and practical obstacles to rounding up and deporting millions of illegal aliens and their U.S.-citizen children are insurmountable. Nor is it feasible to station enough agents along the border or build a barrier long and high enough to keep out everyone. I once stood at the border between East and West Germany with its barbed wire, mines, and sentry posts with soldiers aiming high-powered rifles. Is that really the America we want to create?Townhall.com:Looking for immigration solutions by Linda Chavez

The point of the Berlin Wall was that it was supposed to prevent East Germans, under Russian occupation, from escaping to West Germany, where they had every right to go.

But there was also a huge NATO force, if you recall, including Americans and West Germans, who spent years patrolling up and down to prevent a threatened invasion. By Russians, who had no right to go there, and could be expected to behave badly if they did.

Instead of a Berlin Wall, I suggest calling it the Great Wall Of America. Could be something of a tourist attraction.