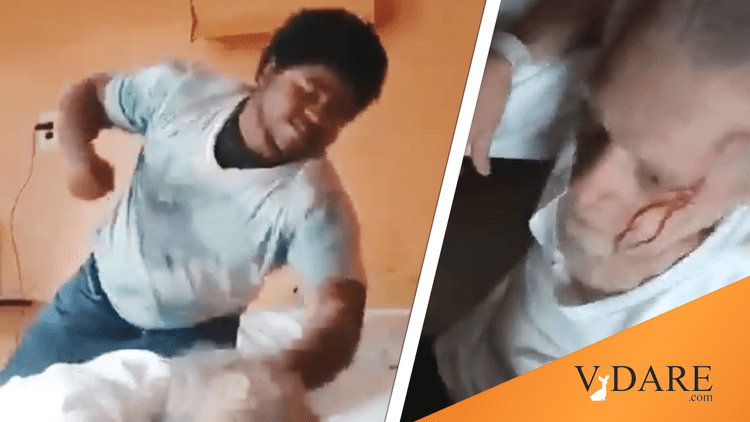 See, earlier: The Fulford File: Why Immigrant Caregivers Are Not The Answer To Coronavirus Crisis—15 Minority Hospital Rapists In 5 Years

A glimpse of the future for white retirees. As white boomers enter retirement homes, you get a glimpse of what awaits you in this story.

Check your white privilege at the door…

The man is filming himself beating the seniors in their beds until they are bleeding.

Judicial Watch boss Tom Fitton said the watchdog group contacted authorities after he was alerted to the disturbing videos.

“This was also posted on my Twitter feed and Judicial Watch contacted authorities who then, in response to our concern, arrested this person. Thanks to those who helped us get this done.” Tom Fitton said.

All across this nation, people know what is happening, but are so afraid of publicly admitting reality.

We all know what would have happened if this were a white nursing home employee beating an elderly black man or black woman in a nursing home, so there’s no need to resort to talking about double standards.

As we long ago pointed out here, there is only The Standard, a one-way street for blaming not just white individuals, but all white people exclusively for racism and racial attacks.