From USA Today, big news in the ongoing Flight from White as more opportunists lobby to get out from under the curse of being considered white in contemporary America:

WASHINGTON — The White House is putting forward a proposal to add a new racial category for people from the Middle East and North Africa under what would be the biggest realignment of federal racial definitions in decades.

If approved, the new designation could appear on census forms in 2020 and could have far-reaching implications for racial identity, anti-discrimination laws and health research.

As well as affirmative action privileges, such as in government contracting and low interest loans.

In the current year, however, we realize that Tony should have been directly handed racial privileges himself, for being who he is, the descendant of a Roman legionnaire assigned to Syria two millennia ago. It’s time to cut out the useless African American middlemen and funnel affirmative action privileges straight to the Syrian immigrant hustlers.

That’s who we are. The arc of the moral universe is long, but it bends toward Tony Rezko getting affirmative action.

Under current law, people from the Middle East are considered white, the legacy of century-old court rulings in which Syrian Americans argued that they should not be considered Asian — because that designation would deny them citizenship under the 1882 Chinese Exclusion Act. But scholars and community leaders say more and more people with their roots in the Middle East find themselves caught between white, black and Asian classifications that don’t fully reflect their identities.

“What it does is it helps these communities feel less invisible,” said Helen Samhan of the Arab American Institute, which has been advocating the change for more than 30 years. “It’s a good step, a positive step.”

On Friday, the White House Office of Management and Budget advanced the proposal with a notice in the Federal Register, seeking comments on whether to add Middle Eastern and North African as a separate racial or ethnic category, which groups would be included, and what it should be called.

So it’s not quite a done deal yet.

Under the proposal, the new Middle East and North African designation — or MENA, as it’s called by population scholars — is broader in concept than Arab (an ethnicity) or Muslim (a religion). It would include anyone from a region of the world stretching from Morocco to Iran, and including Syrian and Coptic Christians, Israeli Jews and other religious minorities.

How about Armenians? Chechens?

What about Ukrainians, like this guy, the richest man in Ukraine?

Granted, he looks kind of white, but he’s a Volga Tatar and a Muslim, so if he ever has to relocate his base of operations to America, shouldn’t he get affirmative action on U.S. government contracting?

Giving affirmative action benefits to Israelis would of course be a good idea because look a squirrel.

For example, this federal move could help ease the #OscarsSoWhite crisis. Jerusalem-born Natalie Portman, who won Best Actress in 2011 for The Black Swan, would be officially reclassified as nonwhite, which I’m sure will make Spike Lee and Nate Parker much happier. (Somebody should ask them.) 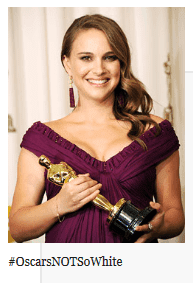 Regarding giving affirmative action to Israeli Jews, the U.S. government is aware that Israeli law makes it extremely easy for American Jews to become dual citizens of Israel just by moving there for awhile.

You don’t have to fill out any forms or anything. It’s automatically bestowed upon you.

But the Census Bureau, which has been quietly studying the issue for two years, also has gotten caught up in debates about some groups — such as Turkish, Sudanese and Somali Americans — who aren’t included in that category. Those are issues the White House is trying to resolve before adding the box on 2020 census forms.

Adding a box on the census form could have implications beyond racial identity. According to the White House notice, the new data could be used for a wide range of political and policy purposes, including:

As we all know, that effort by the government has never led to problems.

That’s why the Carter and Reagan Administrations declared South Asians to not be white and lumped them in with East Asians, whom they don’t much look like: immigrant Indian businessmen were mad that immigrant Chinese businessmen were being given affirmative action privileges in government contracting and low interest SBA loans over regular Americans, while they were being treated as badly as regular Americans were (and are).

… There are an estimated 3.6 million Arab-Americans in the United States, but that doesn’t include other ethnic groups that could put the total Middle Eastern and North African population above 10 million. According to the Census Bureau’s American Community Survey — a survey conducted in between the 10-year census cycle based on a statistical sample — about 1 million people from the region are first-generation immigrants to the United States.

In the 2010 census, many Middle Easterners skipped the question entirely — an action some activists encouraged as a form of silent protest. “Check it right; you ain’t white,” went one campaign. …

Comments on the proposal are due in 30 days, making it possible for the Obama administration to enact the change in the last three months of a presidency that has spent considerable effort to be more inclusive of Arab-Americans and other Middle Easterners.

“I think with him being the first African-American president and being an obvious example of making the American fabric more diverse, that this could be great sign of inclusion about what it means to be an American,” Awad said.