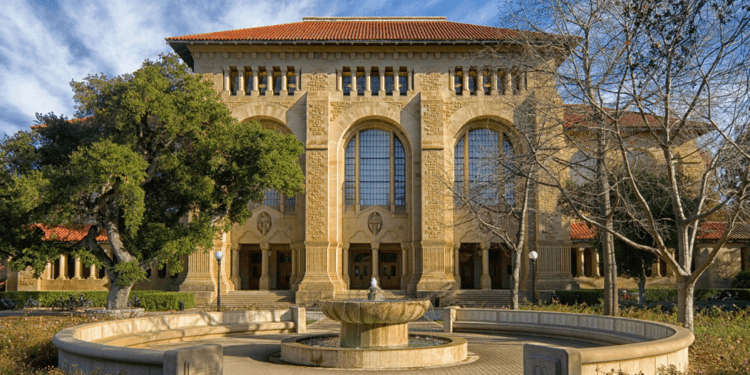 The Fence Around The Ivory Tower: Stanford Won't Be Expanding

As I may have pointed out once or twice, it’s considered despicable to suggest that the U.S. would be better off without quite so many huddled masses and wretched refuse. On the other hand, lots of liberal institutions like Ivy League colleges and liberal whitopias like Malibu aren’t in any hurry to expand their numbers. It’s almost as if their hatred of inequality and discrimination doesn’t quite extend to reducing inequality by letting in a few more folks.

The single most obvious example of an institution that can and should expand is Stanford.

Stanford University has a 12.8 square mile campus (much of it empty) in the middle of Silicon Valley, a $28 billion endowment, and one of the world’s great brand names. So, after decades of delay, it recently got around to finally thinking seriously about, you know, letting in more students. But …

Stanford University on Friday withdrew its massive expansion plan that would have put nearly 10,000 more people on its campus every day, amid backlash over housing and traffic congestion.

The school sought 2.3 million square feet in new academic space, along with 2,172 new housing units and a $1.1 billion transit program to help mitigate the effects of growth over the next couple of decades. But Santa Clara County’s Board of Supervisors, whose approval the university needed, was unconvinced.

“It doesn’t address the underlying concerns around traffic, housing and open space,” Joe Simitian, board president, had previously told The Chronicle.

The school scrapped the plans despite a three-year process and said in its statement that the county’s board “refused to engage in substantive discussions.”

As part of the plan, Stanford had also committed to pay the Palo Alto Unified School District $122 million over 40 years for increased student enrollment and provide $16 million in other benefits.

Stanford should have told the Bay Area politicians that some of the incremental 10,000 would be sacred illegal aliens, so any opposition is racist.