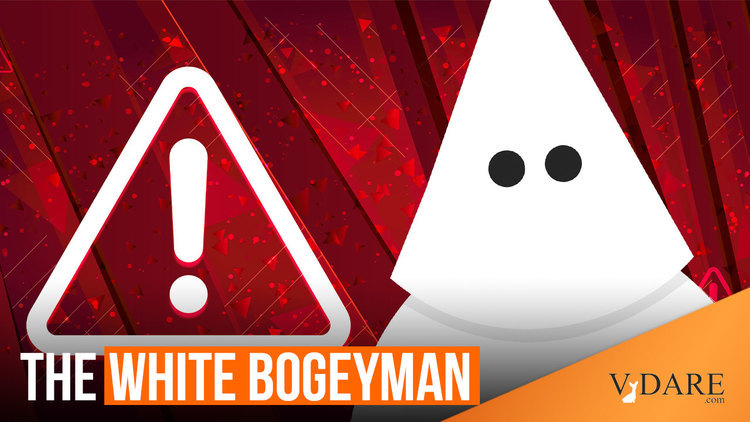 The Attorney General’s long goodbye isn’t turning out quite the way he had imagined. Instead, all those Teachable Moment cases like Trayvon and Ferguson turned out to be factual fiascos, and all those cops got shot. Outside of a hardcore, audiences seem to be losing faith. But maybe Holder can catch lightning in a bottle just once before he goes.

How about a genuine old-fashioned Mississippi lynching? Now that would be some genuine KKKrazy Glue for the Obama Coalition.

When ex-con murderer Otis Byrd was found hanging dead from a tree by a sheet in Mississippi, Holder flooded the zone. The AP reported on March 20:

The hanging is being investigated by the FBI, the Justice Department’s Civil Rights Division and the United States Attorney’s office as well as the Mississippi Bureau of Investigation.

The feds are there to determine if it’s a potential hate crime or other violation of federal law, U.S. Attorney General Eric Holder said Friday.

“We simply don’t know enough facts,” Holder told MSNBC. “We do have a substantial federal presence to determine what the facts are.”

Officials are still checking through every lead and every piece of information meticulously, however, to be absolutely certain that whatever the outcome, the most thorough investigation possible has been conducted.

On the record, officials confirm or deny very few details of the case. FBI agents are interviewing people all over town who knew Byrd, as well as going back through interviews and collecting additional leads “in order to get the most granular of detail” about Byrd’s life up until the day he died, said Supervisory Special Agent Jason Pack.

Pack would say only that autopsy results should be available sometime this week.

Claiborne County Sheriff Marvin Lucas said he has not seen any early autopsy results or any other reports on cause of death.

“No reports have shown anything whether homicide or suicide,” said Lucas. “We don’t have that report yet. Once we get that report back, the FBI and (Mississippi Bureau of Investigation) and myself will do a news conference.”

Byrd, 54, was found hanging by a bedsheet from a tree not far from his last known residence Thursday after having been missing for two weeks. Local authorities called in the FBI upon finding his body, and the probe has been an all-encompassing one for federal, state and local law enforcement over the last few days.

The NAACP immediately released Byrd’s identity, and called for the Department of Justice to get involved in the case. The FBI was on the scene that day, and over the weekend they announced that the Behavioral Analysis Unit in Quantico, Va., is taking a look at the case.

So, Holder still has hope …