A few months ago, Slate.com was recasting "The Godfather," placing you know who in the place of those boring Sicilians the movie was about.

Well, now Hollywood has again recast a black man in the role of the white hero, and again it is none other than Denzel Washington. 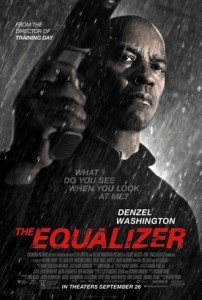 Having done a turn 10 years ago as Bennett Marco, the hero Frank Sinatra played in the original Manchurian Candidate, Washington now returns to the screen as Robert McCall, better known as "The Equalizer," a Special Forces badass who helps the helpless escape from the predations of other badasses. Of course, the original Equalizer was the late actor Edward Woodward, famous for his role in "Breaker Morant." But that was in the 1980s.

One of these days, maybe we'll get a new version of "Shaft," with, perhaps, Jason Stetham starring as the famous black detective that would "risk his neck for his brother man." Can you dig it? Come to think of it. They did remake "Shaft" ... with Samuel L. Jackson in the starring role.