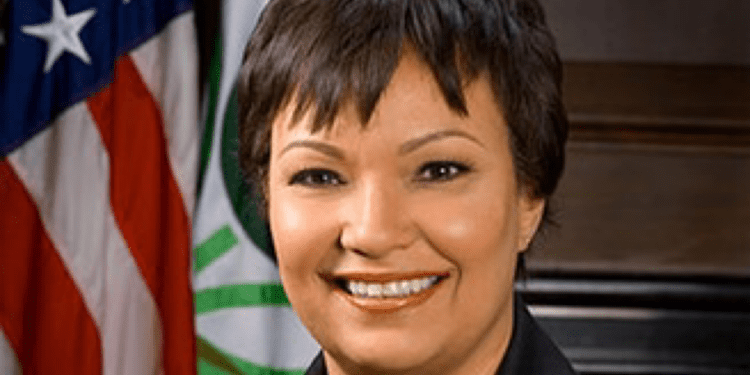 The EPA, The Minority Occupation Government, And The Border

“Freedom of Information Act (FOIA) lawsuit to force EPA to release emails and related records from former EPA Administrator Lisa Jackson and others "who may have delayed the release dates for hot-button environmental regulations until after the Nov. 6, 2012, presidential election."

That is, EPA Administrator Lisa Jackson is a political appointee whose loyalty to Obama led her to engage in corrupt behavior to help Obama be reelected. Malkin says “Jackson and other EPA officials admitted in depositions that they used personal, nongovernmental email accounts to hide communications…”

This is sort of like the behavior we’ve seen in the IRS scandal. So I wondered what race Jackson belong to? (I know, it would be nice not to have to ask that, but that would be in a different world, and certainly a different political climate.)

A Google image search couldn’t really answer the question of whether she was white (partially) black, or some other race—Ms. Jackson’s photographs give an unfortunate “Lesbian from Mars” impression. 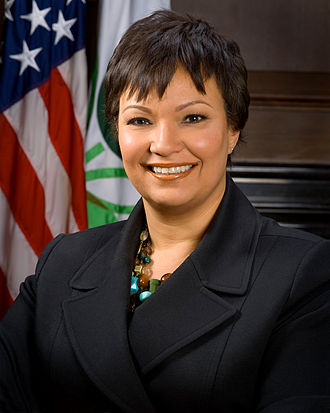 However, she is, according to Time Magazine “the first African-American head of the Environmental Protection Agency “ [Lisa Jackson: The New Head of the EPA, By Bryan Walsh Thursday, Apr. 23, 2009]

Some Wikipedia editor refers to her (as of today) as the “first person of African American descent to serve as EPA Administrator” which is certainly more accurate than saying “the first black.”

I think in order to look like that, you have to be no more than 1/32nd black, but I could be wrong. The point is, it matters to her that she’s African American. And that is likely to have affected her decision to do underhanded things to help the “first black President” get a second term.

In Uninvestigative Journalism—The MainStream Media And Minority Politicians and James Taranto, The IRS, And The Minority Occupation Government, I talked about the media’s unwillingness to notice such things. (Commentary Magazine doesn't mention it in a post called Why Did Apple Hire Lisa Jackson? [by Seth Mandel, May 30, 2013].)

But it's why we've been using the term "Minority Occupation Government" for the Obama Administration.

And with the border crisis going on, the head of the Department of Homeland Security should be either enforcing the law, or handing in his resignation in protest. But he's not, because the DHS is also headed by a person of African descent (Jeh Johnson, a graduate of Morehouse College, and the nephew of one of the Tuskegee Airmen) and his loyalty to Obama is certainly higher than his loyalty to the rule of law.