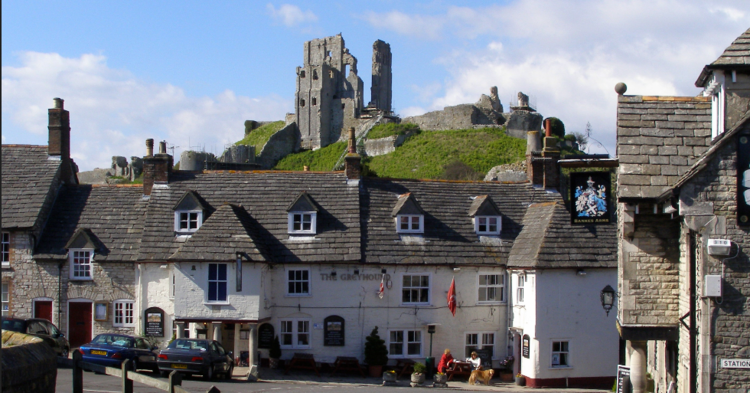 The Dispossessionist Mindset: "Why Is Dorset 98% White?"

Rural racism in Dorset: Why is our countryside 98% white? https://t.co/xGBhlkn7KB

Rural racism in Dorset: Why is our countryside 98% white?

Because whites are indigenous to rural Dorsetshire and nonwhites are not?

But to the post–George Floyd British mind, that sounds pretty racist.

The death of George Floyd and the subsequent Black Lives Matter protests may have seemed a distant reality to many people in Dorset.

In the predominantly rural county, the population is 97.9% white.

But, as some the 2.1% who do not identify as white can testify, racism can be just as much of a problem in the countryside as it is in our cities.

Jag Patel moved to Gillingham 18 years ago with his wife where they bought a newspaper shop and started a family. …

“What’s difficult is when people come into the shop and they quite clearly have ‘a face’ at you.”

Criminologist and co-author of Rural Racism, Prof Neil Chakraborty, describes that “face” as “covert racism” and says victims are often left unsure if what they are experiencing is discrimination.

“Persistent staring, constant reminders from neighbours who say, ‘we don’t see many like you around here’.”

Prof Chakraborty said the “vast majority” of people who had moved from a city said they had encountered more racism in rural areas than they had in the city.

Louisa Adjoa Parker, a writer and poet of English and Ghanaian heritage, was born and raised in the UK and has lived in Devon and Dorset since she was a child – but seemingly innocent comments from others are a reminder that she is seen by some as an outsider. …

“It gives you that feeling of, ‘oh, OK, people don’t see me as belonging here because of the colour of my skin and the texture of my hair’. …

Ms Parker said it was to be expected that some people in rural areas had stereotypes in their minds, adding that such comments were rarely borne of any malice.

“I think there’s this idea that a racist is a bad person, but I think good people can also have racist beliefs, unconscious bias, stereotypes in their mind, and that’s understandable, particularly in the west country because we don’t have these conversations very much.

“We don’t have large numbers of people from ethnic backgrounds who are non-white British so it often does stem from ignorance.

“When you walk into a room and you are the only person of colour, you stand out, you look different, you can’t blend into the landscape around you, but really you just feel like everyone else – I’m British.”

… And while Dorset’s rural idyll might seem a million miles away from the protests that spread across the US and the UK last summer, Ms Parker claims they might have more to do with the history of the county than we realise.

“But actually it was white men from Dorset and the west country who left the area, travelled around the world, colonised other countries, set up plantations, enslaving people, and they were some of the first people instrumental in setting up the systems of white supremacy that we see today.

“With all these conversations going on in the media about race, Meghan Markel and Black Lives Matter, I think it is quite easy to educate yourself, there are lots of resources out there.”

The project of the 21st Century is to dispossess whites of the very nice countries they have built, so the fact that whites are indigenous to rural England seems like a racist conspiracy to the dispossessors. The slightest resistance, such as staring, must be crushed.