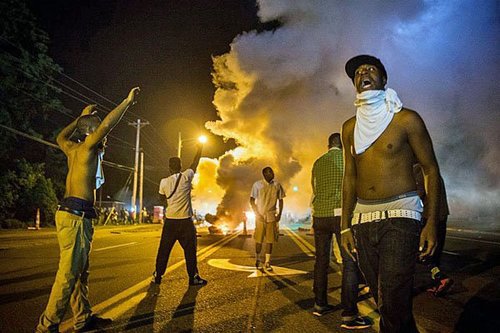 As I pointed out back in 2013 in VDARE from the Census report on turnout in the 2012 election, what Team Obama did better than anything else was get older black ladies worked up enough to go to the polls.

But without a black running for President in 2016, will blacks continue to turn out at the historically high rates seen in 2008 and 2012?

From The Cook Political Report:

It’s tough to overstate just how critical black voters have become to today’s Democratic coalition, particularly when it comes to the Electoral College. Deconstructing exit poll data from 2012, African-American voters accounted for Obama’s entire margin of victory in seven states: Florida, Maryland, Michigan, Nevada, Ohio, Pennsylvania and Virginia. Without these states’ 112 electoral votes, Obama would have lost decisively. African-Americans also accounted for almost all of Obama’s margin in Wisconsin. All of these states, except Maryland, will be crucial 2016 battlegrounds.

But what about Latinos? As it turns out, Latinos accounted for Obama’s margin of victory in just four states totaling 49 electoral votes: Colorado, Florida, Nevada, and New Mexico. According to our number crunching, had ZERO Latinos voted in 2012, Obama would have lost the popular vote but still would have won the White House with 283 Electoral votes. Why? Because fairly or unfairly, Latino voters tend to be disproportionately clustered in states like California, Illinois, New York and Texas which simply aren’t Electoral College battlegrounds.

The surge of this solidly Democratic bloc has masked Democrats’ downturn with working-class whites, who gave Obama just 36 percent nationally in 2012. According to our calculations, if the African-American share of the electorate were to drop two points in 2016, Hillary Clinton would need to do about 1.5 percent better than Obama did among all white voters just to offset that decline – a realistic goal, but one that would require reversing the party’s current trajectory with whites.

The Democrats seem to believe the route to keeping the White House in 2016 is to encourage blacks to riot and loot.