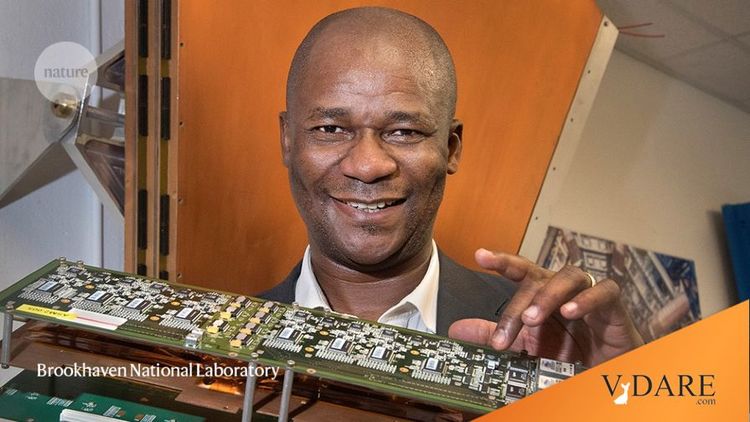 What particle physics can do to improve diversity https://t.co/skdIut9Eg4

What particle physics can do to improve diversity

Kétévi Assamagan describes how US particle physicists are trying to make their field work for people of all genders, ethnicities and backgrounds.

This year, thousands of particle physicists thrashed out the future of their field in the United States, in a roughly once-in-a-decade planning exercise called Snowmass. For the first time, the process — which influences US federal funding — elevated diversity, equity and inclusion (DEI) issues to be among the ten major topics, or frontiers, that were discussed.

DEI was part of the Snowmass ‘community engagement’ frontier, alongside issues such as career development, education and outreach. Physics in the United States is heavily dominated by white men; in 2018 women received just 22% of physics doctorates and only 7% went to under-represented minorities1.

Nature spoke to Kétévi Assamagan, a particle physicist at Brookhaven National Laboratory in Upton, New York, and co-convenor of the community-engagement frontier, about the DEI recommendations that emerged from the Snowmass process — and why meritocracy in particle physics an illusion.

DEI issues had more prominence in the Snowmass process than ever before. Why now?

George Floyd’s death in 2020, and other times that police have killed Black people, have made people more aware that something needs to be done. Many institutions and organizations have started paying attention to DEI issues and to the climate in the workplace.

But it doesn’t necessarily translate into action. In an anonymous survey we did at Snowmass, we saw that men, in general, believe less that there is an issue with diversity. They are the biggest group in physics and the people who need to be convinced if we are to translate all the things we talk about into change.

After all, what have white male physicists such as Galileo, Newton, Franklin, Faraday, Maxwell, Einstein, Bohr, Heisenberg, Oppenheimer (“I am become Death, destroyer of worlds”), and Feynman ever accomplished?