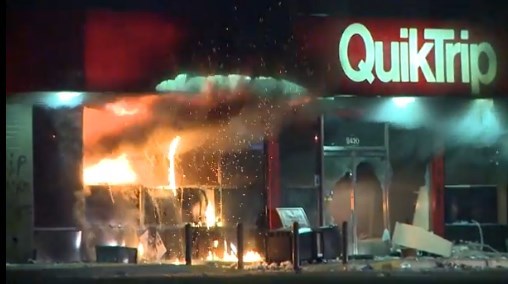 The Cultural Construction of the QuikTrip Pogrom

Seems odd to me that nobody is bringing up “Django Unchained” and/or “12 Years a Slave.”

Seems very likely to me that the connection between those movies carries an underlying psychological forward motion for what’s been taking place this summer. Most people don’t know much about the antebellum south in general, or how slavery worked there in particular.

If a lot of dumb people internalize Tarantino’s and McQueen’s strange narratives as gospel, why shouldn’t people react in bizarre ways to any white man that strikes them as an appointed paternal figure?

In general, as I’ve been pointing out in movie reviews and the like, there has been a moral panic building over white violence in the increasingly distant past against blacks, thus justifying black violence in the present against whites (or pretty much anybody who happens to object to blacks taking what is rightfully theirs, such as Swisher cigars).

Without understanding the pop culture context of Django and the like, the self-humiliating response of the prestige media is slightly less explicable.