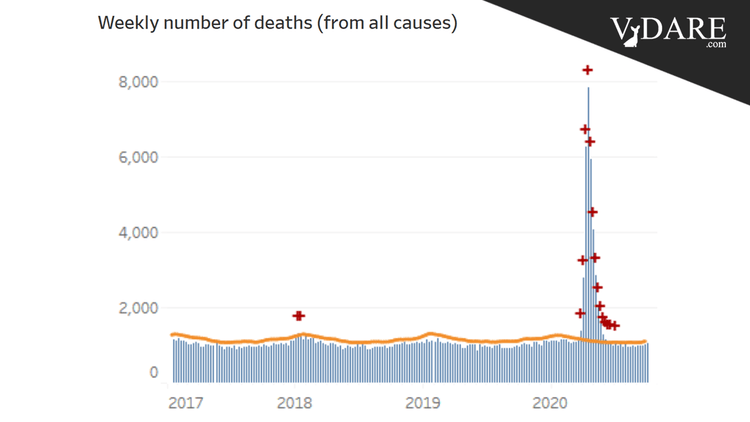 The COVID Death Toll In NYC By Week: "The Terror Felt In March In The Media Capital Of The World"

One fact that needs to be kept in mind in making sense of reactions to the coronavirus pandemic of 2020 is how terrifyingly hard it hit the media capital of the world, New York City, fairly early in its course. From the CDC’s website of weekly death counts. The blue bars show deaths in NYC from all causes, and the orange line an unusually bad normal week. It’s important to recall the terror felt in March in the capital of the world.

As it turned out, deaths then started to fall dramatically. If I recall correctly, one New York City emergency room doctor said ambulances suddenly stopped arriving in droves on April 7 at about 1PM.

We owe a lot to New York doctors who did much to both figure out better ways to treat COVID patients and to get the word out.