The Case Of The "Conservative" Judge In The Bloomberg Soda Case. (He's Black)

Milton A. Tingling is the Judge who ruled against Bloomberg's stupid soda ban. Emily Bazelon, shocked that any nanny state regulation should be struck down, accused Tingling of being a "conservative" judicial activist in Nanny Mayor, Meet the Nanny Judge | How conservative judicial activism took down Bloomberg’s big-soda ban., By Emily Bazelon, Slate.com, March 13, 2013

Tingling is not being activist, just following the law, and he's not "conservative," either. Milton A. Tingling is black. 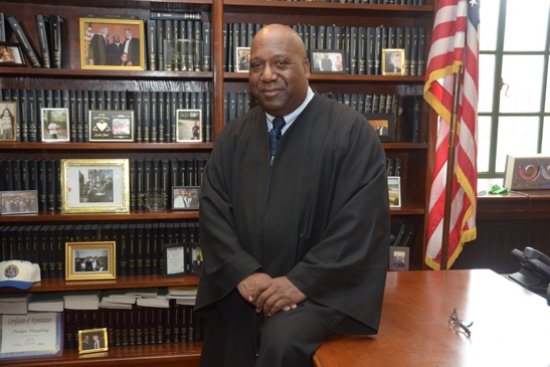 Lawblogger Walter Olson, arguing against Bazelon's judicial activist slur, can't quite bring himself to say that. Here's what he says instead:

Never mind that none of the readily available biographical information about jurist Milton A. Tingling seems to justify describing him, as Bazelon does, as a “conservative judge.” (Elected in Manhattan on the Democratic line, Judge Tingling appears to have fit his judicial career comfortably into the framework of Charles-Rangel-era Harlem politics, as David Bernstein mentions at Volokh Conspiracy. In a couple of earlier notable cases, Judge Tingling did rule against police and public-order interests, but we don’t ordinarily regard that sort of civil-libertarian streak as distinctively “conservative.”) [Striking Down Bloomberg’s Soda Ban: A Matter of Law, Not Activism, Cato.org, March 18, 2013]

The case for Tingling's civil-liberterian streak is that he "He ended a state policy of routinely shackling even nonviolent offenders on their way to and from the courthouse."

But when a black judge in New York rules in favor of prisoners, it doesn't necessarily mean that he's for Volokh Conspiracy-style libertarianism, it's more likely that he's ruling in favor of the criminal classes on ethnic grounds.

And see my article "Right Up There With Oxygen"—Why Race Is Important, And Who It's Important To, for the story of Judge Bruce Wright, known as "Turn 'Em Loose Bruce", who explicitly said that race was why he ruled in favor of criminals—his autobiography was called Black Robes, White Justice.

My point is that it's foolish for Bazelon to accuse a black judge of being conservative, and equally foolish for Olson to try to refute her without mentioning his color.