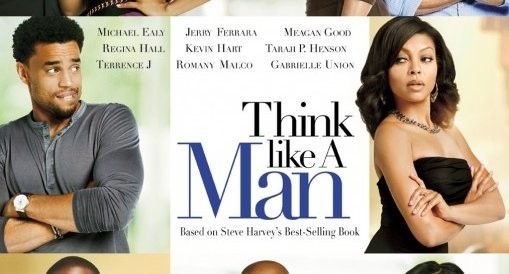 The Black Market In Films: What African-Americans Will Pay To See

At year end, organs of responsible cultural opinion devote much attention to the question of whether Hollywood has spent the year discriminating against or promoting African-Americans. Yet, the movies actually made and watched by African-Americans seldom get mentioned in these thinkpieces. So, it's worth stopping to notice what African-Americans will pay to see.
From the Los Angeles Times:

Although “Thor” hung on to the No. 1 spot at the box office this weekend, the big story was a stellar opening for “The Best Man Holiday,” which trounced all expectations to debut with a studio-estimated $30.6-million.

From Box Office Mojo on the opening weekend performance of TBMH, a sequel to the popular The Best Man from 14 years ago:

According to Universal's exit polling, an overwhelming portion of the audience was African American (87 percent). The audience also skewed older (63 percent above 35 years of age) and female (75 percent). They awarded the movie a rare "A+" CinemaScore, which suggests word-of-mouth will be strong. At this point, it seems safe to assume that The Best Man Holiday will earn at least $80 million by the end of its run.

Judging from the trailer above, The Best Man Holiday  is not terribly different in setting from, say, Whit Stillman's Metropolitan: bourgeois friends gather in Manhattan for the end-of-year social whirl. (I suspect that the characters in The Best Man Holiday, however, spend less time than the characters in Metropolitan articulating their forebodings about how many more generations can this go on before the trust funds are dissipated.)

The upper half of African-American tastes in movies today tend to be pretty similar to the mass market's during the Depression: they like to watch rich black people. I like black bourgeois movies myself.

For example, last year's hugely profitable buppie hit, Think Like a Man, made $91 million domestically off a $12 million budget. Buppie movies make very little overseas, but they can be made for a moderate budget ($17 million for TBMH), so the profit potential is solid.

But, they generate minimal buzz among whites. From the Los Angeles Times last year:

After “Think Like a Man” opened at No. 1, one studio president decided not to mention the film during the studio’s Monday morning production meeting, curious to see how long it would take to surface as a topic of conversation.

Fifteen minutes into the meeting, no one had mentioned the film. When the studio boss finally brought it up, asking who had seen it over the weekend, the room was silent. None of the all-white staff had bothered to go see it.

By the way, The Best Man series is written and directed by Malcolm D. Lee, who is said to be Spike Lee's more commercial cousin, although I can find no pictures of them in the same frame together, perhaps because at over 6'3", Malcolm must be much more than a foot taller than Spike.