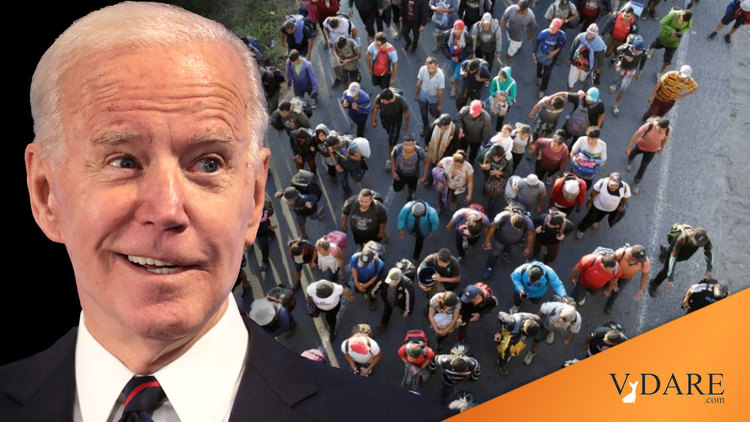 The Biden Era of Illegal Immigration Is Underway

‘We are dying in here’: 911 plea cues human trafficking hunt
By ACACIA CORONADO

Federal, state and local authorities in Texas are searching for a tanker truck days after a 911 caller in the San Antonio area reported dozens of people were trapped inside it, offering a glimpse into the difficulties authorities face in investigating human trafficking.

In the recording of the Monday emergency call obtained by The Associated Press, a man can be heard pleading for help. The caller says there are an estimated 80 people inside the truck’s tank — typically used to haul liquids or gases that can be hazardous — and that they can’t breathe.

“We are dying in here,” the caller says in Spanish, telling a dispatcher that the white tanker truck was parked and that he could hear passing cars. People can be heard gasping and screaming in the background. Then, the call dropped.

Javier Salazar, the sheriff of Bexar County, which includes San Antonio, told the AP on Thursday that all he wants now is to find out if the people survived the trip and made it to their final destinations. Salazar said he is not interested in prosecuting the people who were inside the tank, because they’re victims. But he wants to hold those who trapped them accountable.