The Benefits Of Immigration Are ... Well, Really, Next To Nothing

My friend and VDARE.com colleague Brenda Walker has a felicitous way with words.  Her concluding comment in a recent blog post about Singaporeans' mass, vocal protests directed at their cheap-labor-obsessed elites was, "Let’s hope [meaningful response from Singapore's authorities] happens, so we can observe a sensible immigration strategy that emphasizes the well being of citizen workers and the preservation of the national culture over saving a few nickels."

Brenda's "saving a few nickels" summing-up reminded me of a passage from page 111 of Christopher Caldwell's 2009 masterpiece, Reflections on the Revolution in Europe: Immigration, Islam, and the West: 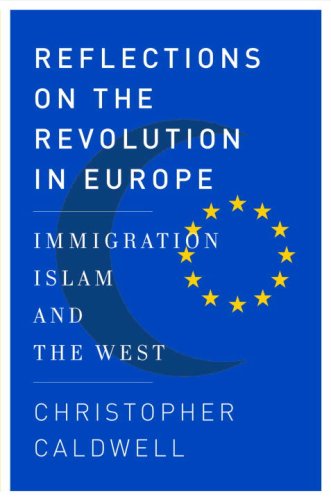 Had Europeans realized, when immigration from Turkey, Morocco, Algeria, and elsewhere began in the 1950s and 1960s, that there would be thousands of mosques across Europe half a century later, they would never have permitted it.  European tolerance of other cultures was sincere, particularly among elites, but not even they anticipated that such tolerance would mean the establishment, entrenchment, and steady spread of a foreign religion on European soil.  In exchange for minor economic returns of extremely short duration, Europe replanted the seeds of a threat that had taken centuries of patience and violence to overcome — interreligious discord, both domestic and international.

The Caldwell book is dense with perceptive observations, powerfully stated, about the abdication of Western civilization in Europe.  (I marked about a hundred points in its approximately 350 pages of text.)  Ironically, Caldwell's one blind spot seems to be his view of American immigration.  On page 121, for example, he says that the American experience of immigration has been "largely a success." To my mind, that's at least outdated, if it's not wholly pollyannaish.