The ACLU And Disproportionality In Crime In New Orleans

As Paul Kersey notes below, the ACLU of  Louisiana has released a statement saying widespread video surveillance in New Orleans  would have a disparate racial impact, with Black people more likely to be misidentified as suspects and disproportionately placed under surveillance" and would have "a chilling effect on our public life ­– stifling New Orleans’ vibrant, free-wheeling atmosphere".

I've constructed this from the crime news of Nola.com, the same paper that was reporting the ACLU's whining.

It suggests  that New Orleans’ vibrant, free-wheeling atmosphere probably needs a little stifling, and I don't see how, in 60 percent black city, blacks could be disproportionately placed under surveillance.

After all, in America, where blacks are ten percent of the population, they commit (disproportionately ) half the murders. What percentage of the murders and other crimes will they commit in a 60 percent black city?

It turns out, almost all of them. You can click on any of the pictures below to be taken to the underlying story. 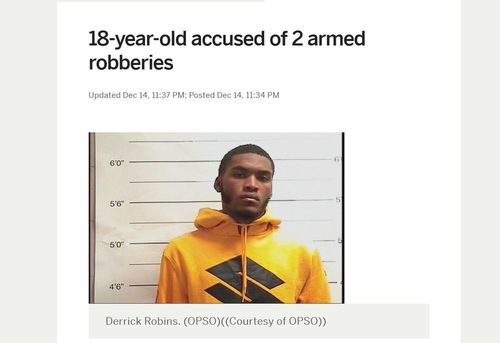