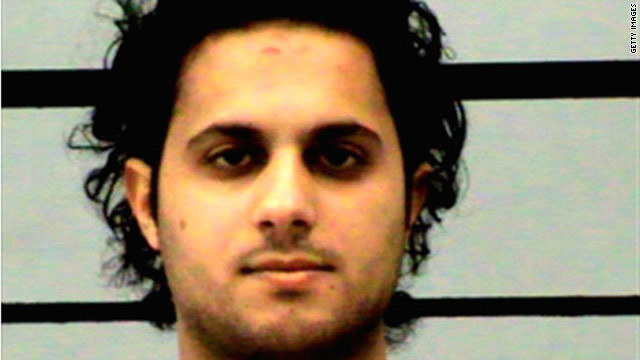 But my reason for mentioning it is that the company that alerted the FBI to this strange man ordering explosives didn't do so because they thought he was acting strangely, they did so because his name was Khalid Aldawsari. Lawrence Auster writes

But when, using his own name, he contacted a North Carolina chemical supply company wanting to purchase a large amount of a certain chemical that is used in explosives, someone in the company got suspicious and contacted the FBI. This led to the investigation which led to Aldawsari's arrest. The CBS correspondent clearly implies, though he does not explicitly state (this part of his report is skimpy), that part of the reason for the company's suspicion was that a man with a Muslim name was seeking to buy explosives.

Auster points to Bush -era harassment of airlines suspicious of Muslims—I did a couple of stories about the case of an Arab Secret Service agent who was denied boarding on Christmas Eve, 2001,  because his paperwork wasn't in order:

American Airlines claims they’re not “guilty” and would reject any armed, belligerent, shifty-looking guy who claimed to be going to see the President on Christmas Eve, carrying anti-Crusader propaganda, especially if he couldn’t keep his story straight, even if he wasn’t an Arab.[Er…Why Does Bush Have An Arab Bodyguard Anyway?]

On one hand, the government constantly tells us to speak up if we have a suspicion that someone may be involved in terrorist activities. On the other hand, the government tells us that if we have such a suspicion of someone in significant part because he is a Muslim, we have committed a vile act of discrimination and should be punished. In our perverted liberal society, it was an act of courage for that chemical company to call the FBI.

Indeed. See The John Doe Manifesto By Michelle Malkin in 2007. And remember that this applies to any kind of racial profiling, not just Arab terrorist   profiling.