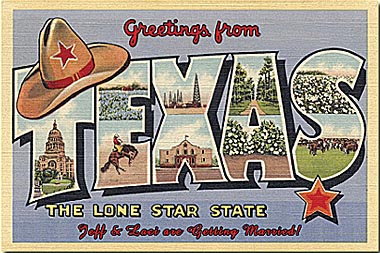 It’s no secret that Governor Rick Perry is an open-borders guy, so it’s good to see his party show their independence. Plus, Arizona has gotten no end of grief because of standing for borders and sovereignty, from shrieks of racism from the Raza crowd and the corrupt dinosaur media, to the boycotts from left-wing local governments like San Francisco.

But despite the full-court press against Arizona by the usual suspects, the enforcement-only law has remained popular among the American people, which must be seen as a huge failure in the White House propaganda wing.

So patriots who are also politically inclined sense a winning strategy. Way to go, Texans!

Republican delegates at the state party convention bucked Gov. Rick Perry’s opposition to Arizona’s immigration law and voted Saturday for a platform plank advocating a law that would bar illegal immigrants from living in Texas and allows local police to verify U.S. residency.

Fired-up Republican activists in no mood for compromises threw out their party chairwoman Saturday, then bucked Texas Gov. Rick Perry by pushing for a crackdown on illegal immigration similar to Arizona’s new law. […]

The immigration proposal, a hard-line approach that Perry has said isn’t right for Texas, was one of several initiatives debated as delegates wrapped up the two-day convention. The Republican Party platform is a blueprint of the policies that GOP activists want elected officials to pursue.

Delegates voted to include a plank advocating for a state law that would bar illegal immigrants from ”intentionally or knowingly” living in Texas. Similar to Arizona’s strict law that has sparked nationwide debate, the proposal would require local police to verify U.S. residency when making arrests.

Perry has said the Arizona law, if adopted in Texas, would unduly burden police.

Hey, Perry! We’re trying to save the country here.